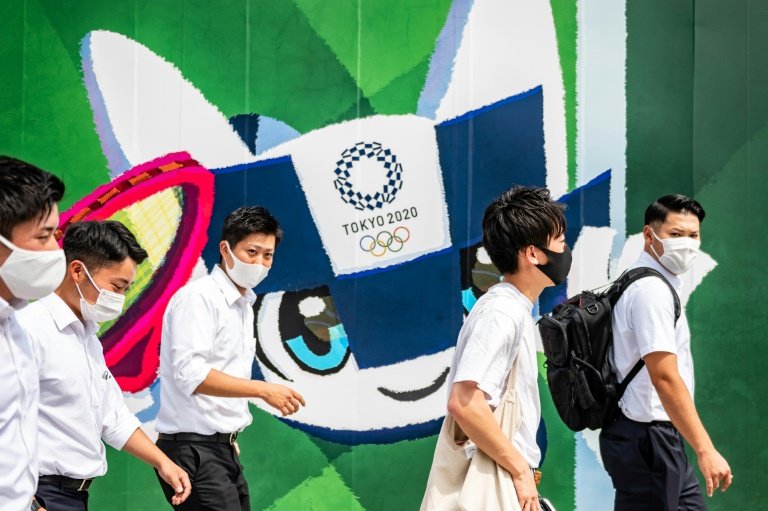 Tokyo will cancel all public Olympics viewing events in an effort to reduce the risk of coronavirus infections, the city governor said Saturday.

Having postponed the Games for a year because of the pandemic, Japan has already banned overseas spectators -- in an Olympics first -- while reducing the number of participants, volunteers and guests.

However, officials are forging ahead with hosting the Games from July 23.

"On the other hand, we will make greater use of the web to create exciting atmospheres for the Games and to disseminate various cultural information."

There had been six planned viewing sites, across the Japanese capital.

The announcement came as Koike and Suga prepare to meet Olympics and Paralympics officials Monday for a key consultation during which they are expected to finalise whether to allow domestic spectators inside Games venues.

Politicians and organisers are pushing for some spectators to be allowed.

But Japan's top infectious disease experts have urged them to consider holding the Games behind closed doors.

Japan has had a comparatively small virus outbreak, with just over 14,000 deaths despite avoiding harsh lockdowns.

The government has recently accelerated vaccination efforts, with just over six percent of the population fully jabbed.

Koike said the metropolis would turn some facilities that were marked for Olympics viewing events into vaccination centres.