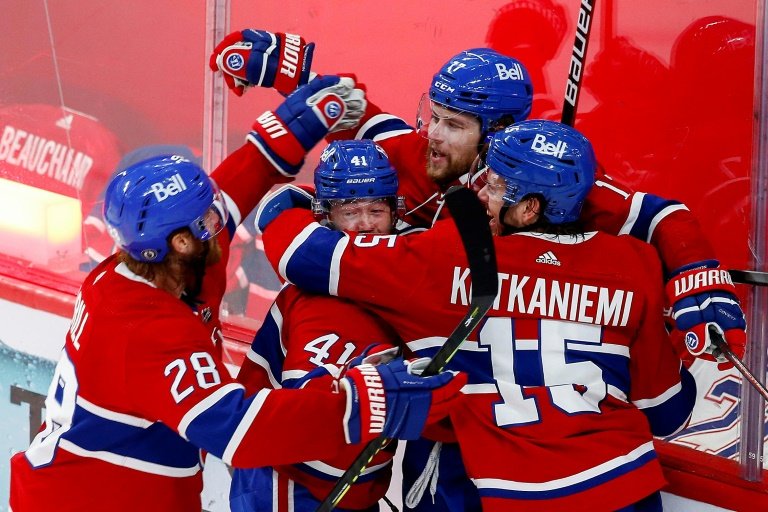 Josh Anderson's second goal of the match in overtime lifted the Montreal Canadiens to a 3-2 victory over the Vegas Golden Knights in game three of their NHL Stanley Cup semi-final series Friday.

Goaltender Carey Price was superb, making 43 saves for Montreal, who lead the best-of-seven series 2-1. Game four is Sunday in Montreal.

The Canadiens won despite missing head coach Dominique Ducharme, who was isolating after testing positive for the coronavirus. All other tests administered to the players and coaches came back negative.

The final play began with a Golden Knight turnover at their own blue line. Montreal's Jesperi Kotkaniemi then ripped a long pass up the ice that Anderson knocked out of the air to teammate Paul Byron.

Anderson then got the return pass from Byron and drove it home, setting off a wild celebration in front of a pandemic-limited crowd of just 3,500 Montreal fans.

Cole Caufield also scored for Montreal, who were the underdogs coming into the series but are surviving on grit and determination which has helped them get an important split of the first two games in Vegas.

There were no goals in the opening period before Vegas' Nicolas Ray drew first blood 3:16 in to make it 1-0. Caufield tied it up just 38 seconds later.

It was just the sixth time in 16 playoff games the Knights have scored first.