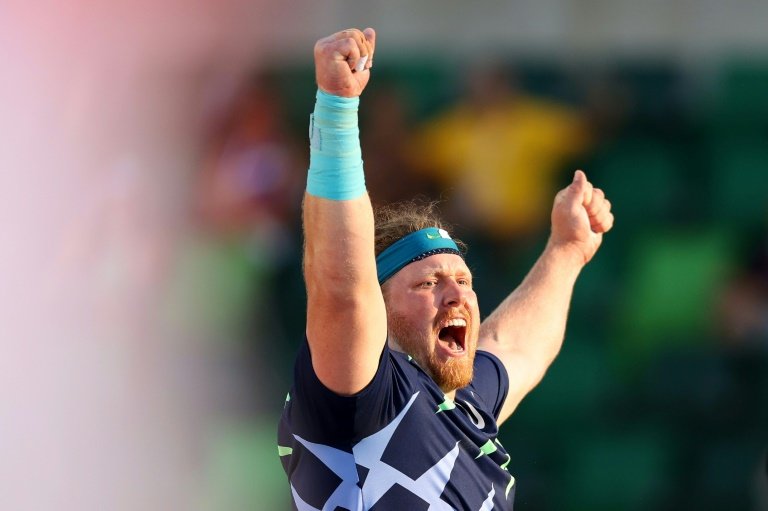 Olympic shot put champion Ryan Crouser shattered one of the oldest world records in athletics on Friday, producing a mammoth heave of 23.37m as the US track and field trials got under way in spectacular fashion.

The 28-year-old Crouser obliterated compatriot Randy Barnes' world record of 23.12 set in 1990 with his fourth throw of a gripping final at Hayward Field in Eugene, Oregon.

But the charismatic 2016 Olympic gold medallist had been moving ever closer to Barnes' outdoor record, hinting it was within his reach last month with a world-leading 23.01.

Crouser had signalled he was ready to take a crack at the world record in Friday morning's qualifiers, with a hefty 22.92 throw -- what was then the fifth longest throw in history.

Then with his fourth effort, he unleashed his world record toss to punch his ticket to next month's Tokyo Olympics in style.

Unsurprisingly, that throw gave him victory, with old rival Joe Kovacs, the 2019 world champion, finishing second with 22.34. Payton Otterdahl was third with a throw of 21.92.

"The second it left my hand I knew it was good," Crouser said of his world record toss.

"It's been a lot of work and dedication," Crouser said of his long pursuit of the world record. "It feels like a weight has lifted.

"I felt really, really confident coming in, but it wasn't an expectation.

"The times I've come up short it was me just getting a little bit tight, and trying to force it. I stayed loose I stayed relaxed and executed my game plan that I had coming in, and that was the key for me finally doing it."

Crouser's performance was the outstanding display of an entertaining opening day for the June 18-27 trials, where places on the US Olympic team are up for grabs. 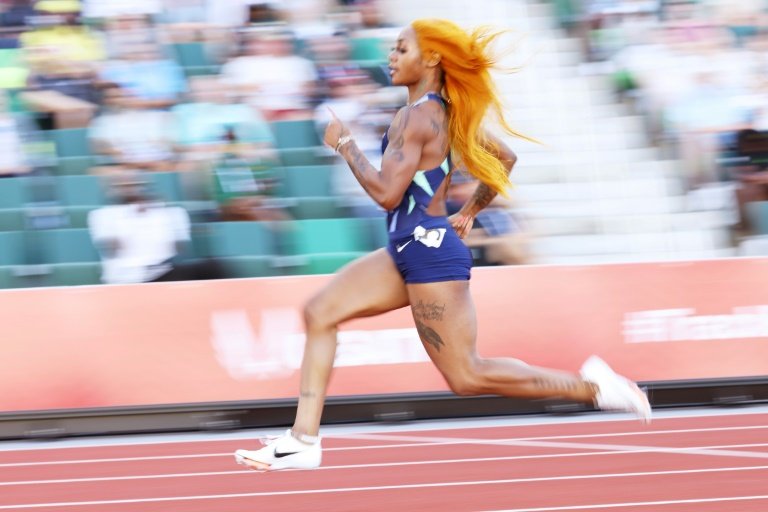 On the track, rising women's 100m star Sha'Carri Richardson got off to a smooth start as she aims to book her place in Tokyo, where she will attempt to become the first American to be crowned world's fastest woman since Gail Devers in 1996.

Richardson -- who clocked a brisk 10.84sec to qualify fastest after the first round -- believes Florence Griffth-Joyner's longstanding world best of 10.49 could be in jeopardy in Tokyo.

"To win the Olympics, I'm gonna say it could take a world record," said Richardson, who had the fastest time in the world this year before Jamaica's Shelly-Ann Fraser-Pryce clocked a 10.63 last month.

"I do not have a specific time I want to hit," Richardson added.

"My biggest thing right now is just to execute my race and the time follows."

Elsewhere Friday, American athletics' golden girl Allyson Felix launched her quest for a fifth consecutive Olympics with a comfortable victory in the opening heats of the 400m.

The 35-year-old star, the only female athlete in history to win six Olympic track and field gold medals, eased through her heat in a time of 50.99sec.

That time was outside her season best of 50.66sec and well off her personal best of 49.26, but was more than good enough to see her into the next round.

"It's nice to be back," Felix said afterwards. "It's my fifth and final Olympic trials so I'm trying to take it all in.

"Just want to savour it and be smart. I really want to make this team."