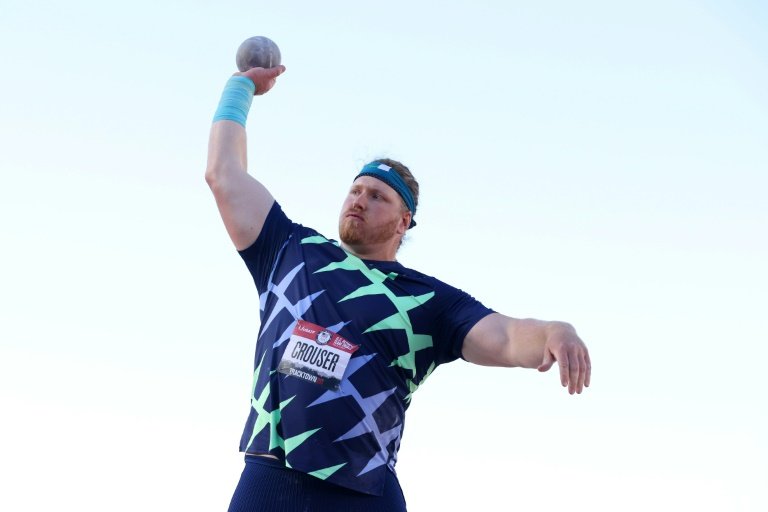 Ryan Crouser smashed one of the oldest world records in track and field on Friday, producing a mammoth throw of 23.37m to win the shot put at the US Olympic trials / © GETTY IMAGES NORTH AMERICA/AFP

Crouser obliterated compatriot Randy Barnes' previous record of 23.12 set in 1990 with his fourth throw of a gripping final at Hayward Field in Oregon.

The 28-year-old from Portland had already claimed Barnes' world indoor record in January, throwing 22.82 at a meeting in Arkansas.

But the 2016 Olympic gold medallist has been steadily hunting down the outdoor record this season, throwing a world-leading 23.01 last month.

In qualifying earlier Friday, Crouser again signalled he was in prime form after a hefty 22.92 heave -- the fifth longest throw in history.

Then with his fourth throw of the final, he unleashed a monster throw to claim the world record in style.

That throw gave him victory, with old rival Joe Kovacs, the 2019 world champion, finishing second with a throw of 22.34.

Payton Otterdahl was third with a throw of 21.92.