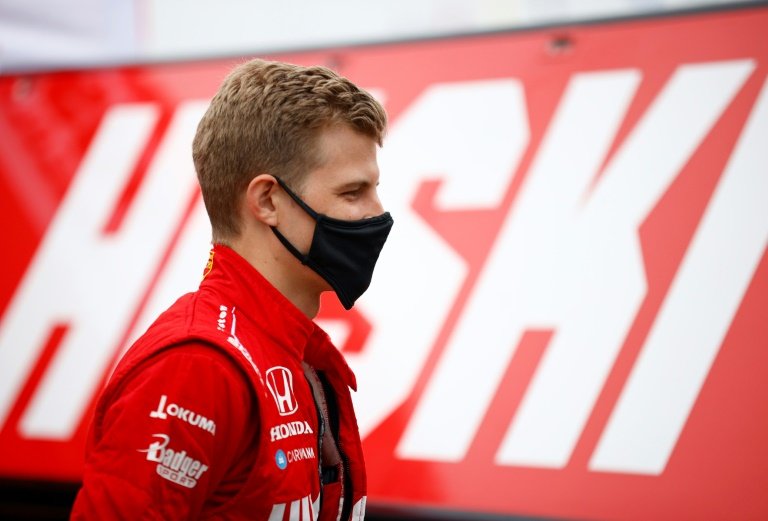 Ericsson, whose best prior IndyCar finish was second at Belle Isle in 2019, had not won in any format since 2013 in GP2, F1's second-tier feeder series.

"For once, things fell my way," said Ericsson. "It feels really good."

A crash by Frenchman Romain Grosjean caused a race stoppage with five laps remaining to remove the car and repair the track, setting up a late restart with Australian Power expecting to be in front.

But Power, who complained about the heat while forced to stay in the car, was unable to get his engine to refire due to an electrical control unit failure when cars departed the pit lane, denying him a possible 40th career IndyCar win after leading for 37 laps.

That left Ericsson ahead when the green flag flew with three laps remaining. VeeKay and O'Ward passed Japan's Takuma Sato for the final podium spots as the Swede sped away and hung on for the victory, having never led so late in three IndyCar seasons.

"For Will, I feel really bad for him with the way it ended for him," Ericcson said. "He did a tremendous job today. But it was my day today, and it was about time."

Ericsson's victory means this season has matched an IndyCar record with seven different winners in the first seven races.

The 16-event IndyCar campaign reaches the halfway mark in Sunday's second event of the weekend double-header at Belle Isle.

Swede Felix Rosenqvist crashed at the exit of turn six on lap 25 and, after three slow-speed laps, the race was halted for 78 minutes so the course could be repaired.

Rosenqvist was conscious, alert and stable with injuries that were not a threat to life or limb, according to race medical officials, but he complained of soreness and was taken to a nearby hospital for examination.

Power, Ericsson and Sato led at the restart. Power made his final fuel stop on lap 48 and stayed ahead until the late stoppage.