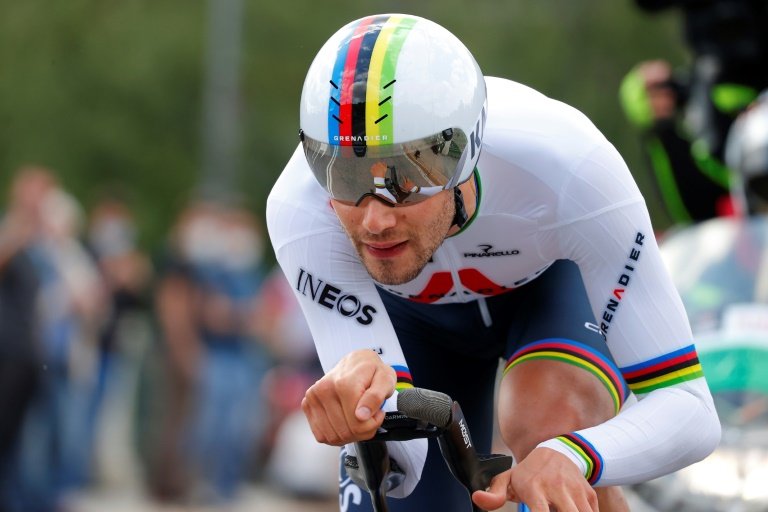 Italy's Filippo Ganna won the opening stage of the Giro d'Italia for the second straight year on Saturday, powering to victory in the 8.6km time-trial through Turin.

World time-trial champion Ganna of Ineos finished nearly 10 seconds faster than compatriot Edoardo Affini of Jumbo–Visma in the race against the clock.

Ganna, a native of the Piedmont province in north-western Italy, last year won all the three time-trials in the race which took place in October due to the coronavirus pandemic.

But the 24-year-old had suffered from a recent slump in form, losing the time-trial on the final day of Tirreno-Adriatico in Italy in March to end an eight-race winning streak in the discipline stretching back to August 2020.

Ganna then went on to lose both time-trials on the recent Tour de Romandie.

"The Maglia Rosa looks to me even pinker this year than last year," said Ganna, also a four-time world champion in individual pursuit, after Saturday's win.

"I didn't feel I was ready for this race

"My morale wasn't great after the Tour de Romandie. Now it's back up!

"It's never easy to bounce back, some said I wasn't going to be competitive.

"It's not possible to always win in a season that includes 60 to 70 days of racing with big goals like targeting the gold medal at the Olympics Games."

Portuguese Joao Almeida of Deceuninck-Quick Step, who was fourth on the stage behind Norwegian Tobias Foss, set the best time for the candidates for overall victory, 17 seconds behind Ganna.

"It's a good result," said Almeida.

"I felt good, which is important, and I'm very happy with the gaps over the other riders in the general classification. It's good to start like this. We have a very strong team."

Almeida's young Belgian teammate Remco Evenepoel was seventh fastest on his return to competition nine months after plunging into a ravine during a horror crash on the Tour of Lombardy last August.

"I was very emotional at the start, I had tears in my eyes," said the 21-year-old.

"I didn't really think about the victory or the pink jersey.

"I just wanted to take advantage, to have a good time-trial.

"Seventh place is fantastic. A short time-trial is not something that favours me. I'm just happy. " 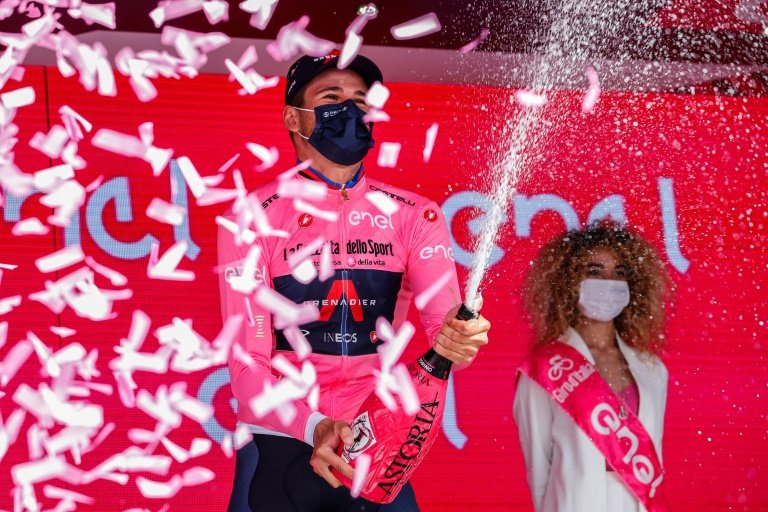 Race favourites Simon Yates of Britain and Colombian Egan Bernal both finished one-second apart, but over 20 seconds adrift of Almeida, who finished fourth in the Giro last year.

Sunday's second stage is also in Piedmont, covering 179km between Stupinigi near Turin to Novara over plains which should again suit the sprinters.