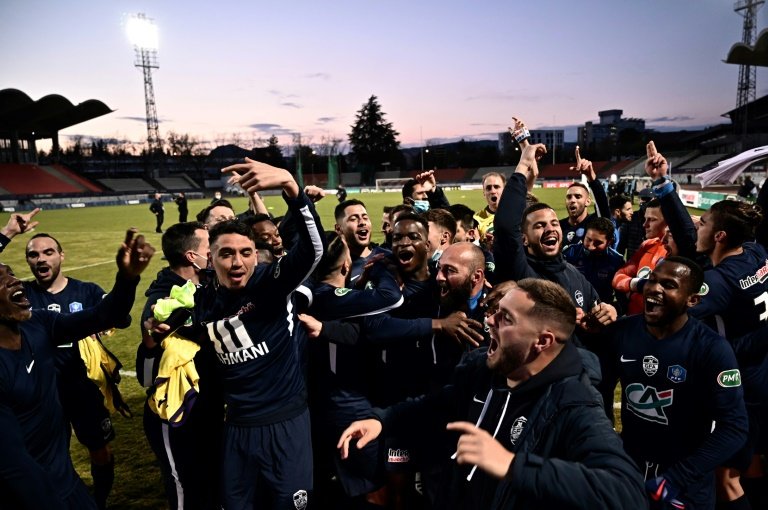 Fourth division Rumilly Vallieres qualified for the French Cup semi-finals on Tuesday with a 2-0 win over second-tier Toulouse.

Another fourth tier side Canet Roussillon were beaten 2-1 Ligue 1 side Montpellier in a later match.

Montpellier's Algerian striker Andy Delort scored twice as the top flight came from behind after his side went down to a first-half penalty.

Some of French football's top outfits play Wednesday in other quarter-finals with Lyon taking on Monaco, and defending champions Paris Saint-Germain playing Angers.

But the minnows from the Upper Savoy mountainous region near the Italian and Swiss borders Rumilly Vallieres were elated to be in the hat for the semi-final draw.

"We are 90 minutes away from the Stade de France, said their coach Fatsah Amghar referring to the final. "Let's see who we draw now, we're hoping for a big fish."

"Why not PSG," Rumilly striker Glody Liongo said of his semi-final dreams.