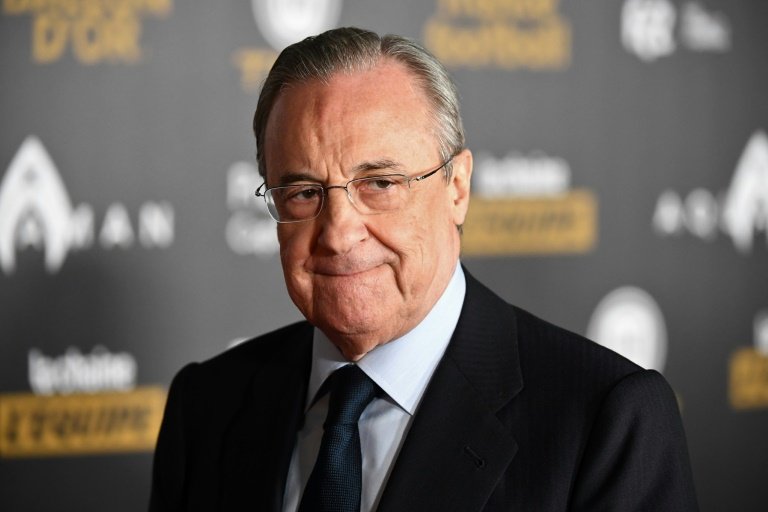 Be it business, football or politics, Real Madrid's Florentino Perez has always played at the top of his game, now donning the captain's armband for the Super League that has sparked a war within European football.

"What is so attractive about it? That we're playing the big teams. That makes it more attractive for television and brings in more money," he told Spanish football programme El Chiringuito, referring to the breakaway league that could drastically alter the landscape of the world's most popular sport.

And for Perez, the 74-year-old Spanish tycoon who has been named chairman of the new European Super League (ESL), the driver for this lucrative new private league is fundamentally financial.

"Football has to keep changing and adapting to the times. Football is losing its appeal. Something must be done," he said of the bid by 12 powerful clubs -- six from England, and three each from Spain and Italy -- to form a league offering guaranteed spots to its founder members and billions of dollars in payments.

With a serious demeanour and impeccable manners, Perez is a household name in Spain and one of the country's richest and most influential citizens.

After nearly 18 years at the helm of Real Madrid, Perez's track record is impressive -- under him, the club has won five Spanish championships and topped the Champions League six times.

Perez is also president of ACS, one of the world's biggest private construction and services groups which last year had a turnover of 35 billion euros.

And with a brief spell in politics further expanding his influence, Perez has often hosted the elites of both business and politics inside the VIP boxes at Real Madrid's Santiago Bernabeu stadium, some of whom have even reportedly inked deals there.

When he took over in July 2000 it was with the promise of turning Real Madrid into a global brand and turning around its finances.

And it was him who launched the club's star-studded 'Galacticos' era of recruiting top-flight global players, poaching Portugal international Luis Figo from Barcelona for 58 million euros, an astronomical sum at the time.

A big spender, Perez has been behind some of the most expensive transfers in football's history although they have paid off thanks to a certain talent for marketing.

Ousted as president in 2006 following a dry spell without any major titles, he was back at the helm three years later and within weeks had shelled out 240 million euros to bring on board the two most recent Ballon d'Or winners: Brazil's Kaka and Cristiano Ronaldo.

Despite having a personal fortune estimated by Forbes to be $2.3 billion, Perez swears he's not in it for the money, espousing "normality" and a work ethic passed on to him by his father, who ran two perfume shops.

After graduating in engineering from Madrid's Polytechnic University, he quickly acquired a taste for power, first spending a short spell in the private sector, then entering politics in 1976 when he briefly worked for Madrid's city hall and then as head of infrastructure at the transport ministry.

He was also appointed secretary-general of the short-lived centrist Democratic Reformist Party, but he left politics after the party slumped, winning no seats in the general election of 1986.

By that point he had already entered the private sector, joining with friends in 1983 to buy a struggling construction firm at a low price.

Four years later, following several mergers and acquisitions, ACS was born with Perez at its head, hitting the market as Spain was investing billions in construction, largely thanks to European funds.

A skilful negotiator with a flair for public relations, he has often reaped the benefit of public-private collaborations.

One of his most famous "coups" was in 2001 when during his first tenure as Real Madrid boss, he sold the club's training grounds to the city for 480 million euros, with ACS then awarded a contract to build three high-rises there.