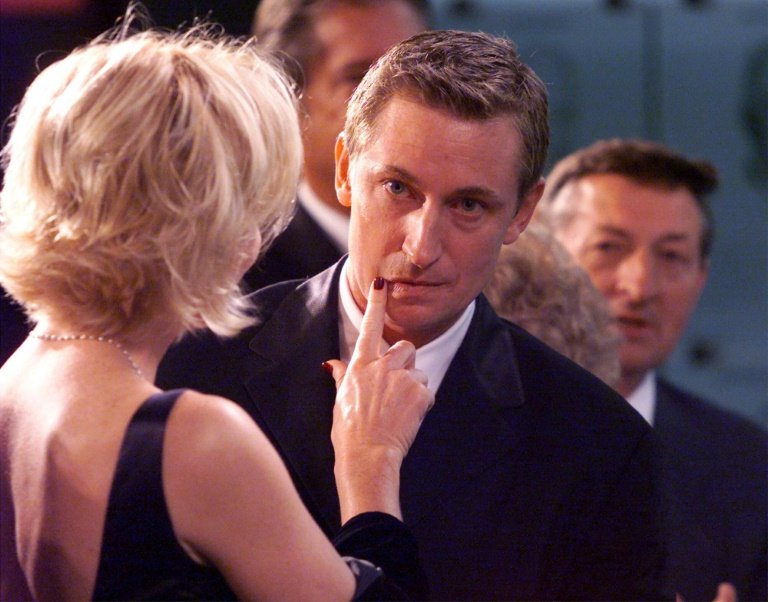 Walter Gretzky helped guide his son through days as a prodigy to the NHL, where Wayne won four Stanley Cups with the Edmonton Oilers and set league records with 894 goals, 1,963 assists and 2,857 total points.

"It is with deep sadness that Janet and I share the news of the passing of my dad," Wayne Gretzky tweeted. "He bravely battled Parkinson's and other health issues these last few years, but he never let it get him down.

"For my sister and my 3 brothers, Dad was our team captain -- he guided, protected and led our family every day, every step of the way."

Gretzky, known as "The Great One" for his on-ice heroics, said it was his father who deserved the title.

NHL commissioner Gary Bettman said Walter Gretzky had a huge impact on the league as an ultimate hockey parent.

"Although he never skated a shift in the National Hockey League, Walter Gretzky's influence on our league and our game was profound," Bettman said. "He embodied all that is great about being a hockey parent.

"Teaching the game to his children on the famed backyard rink he built in his beloved hometown of Brantford, Ontario, Walter instilled in them not only an uncommon understanding of hockey's essence, but a love and respect for the game that has become synonymous with the name Gretzky, all while ensuring that the game was fun to play."