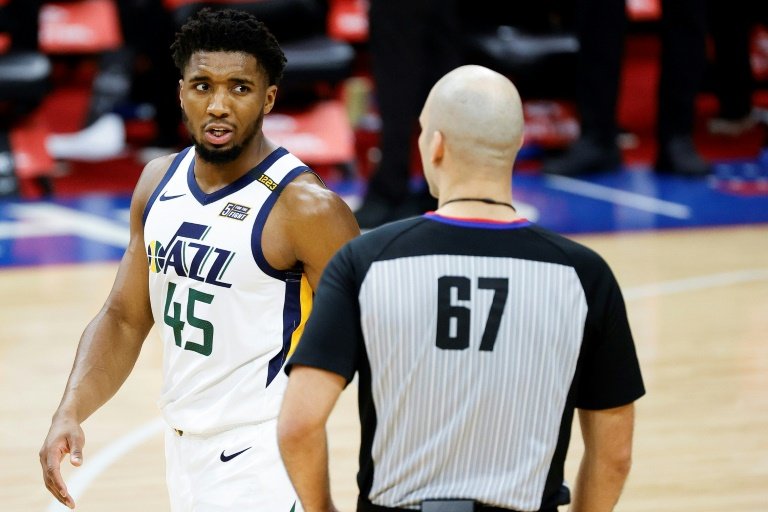 Utah's Donovan Mitchell, left speaking with referee Brandon Adair, was fined $25,000 by the NBA on Friday for complaining about officiating in a Wednesday loss at Philadelphia while teammate Rudy Gobert was fined $20,000 / © GETTY IMAGES NORTH AMERICA/AFP/File

Utah Jazz center Rudy Gobert and guard Donovan Mitchell, who have helped the club to the NBA's best record, were each fined Friday by the league for criticism of officiating.

Frenchman Gobert was fined $20,000 for his comments after Utah's 131-123 overtime loss at Philadelphia on Wednesday in a matchup of conference leaders.

Mitchell was fined $25,000 for his comments as well as conduct leaving the court after being ejected for two techinical fouls with 30.8 seconds remaining, knocking over a water cooler as he departed.

The fine came hours after Mitchell and Gobert were the last players taken by LeBron James and Kevin Durant in filling out their rosters for Sunday's NBA All-Star Game in Atlanta.

Mitchell will be a reserve on Durant's squad with Gobert on the James bench by default as the last man available.

"No slander to the Utah Jazz," James said of the NBA's winningest club at 27-9.

Utah coach Quin Snyder will be coaching the James team.

Mitchell was fined Friday after appearing to accuse officials of treating Utah unfairly, slamming the "ridiculous" officiating in games involving the Jazz.

"It's tough to go out there and see how we fight and compete and to have a game like that taken away from us," he said.

"I'm sick of it, man. We all are. It's really getting out of hand... and the league needs to do something about it."

The 76ers went 27-of-35 at the free throw line while the Jazz were for 14-for-19, showing a disparity that upset Gobert.

"Our guys are not able to get calls everybody else in the ... league gets," Gobert said. 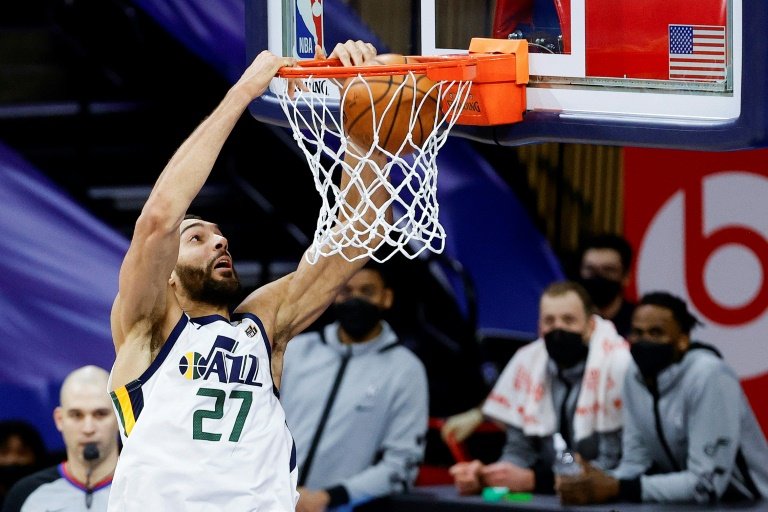 "We know we are the Utah Jazz and maybe some people don't want to see us go as far as we can go, but it's disappointing.

"Three times in a row, Mike Conley is going to the rim and they are grabbing him right in front of the officials and there are no calls. And on the other end there are calls that are invisible that are being made."

Gobert called it "disrespectful" to the sport and the Jazz and said he hoped officials felt "ashamed" when they watched the game on video.

The Frenchman said Utah being a small market club was a reason the team was treated, in his eyes, unfairly.

"I don't want to say it, but I really believe it," Gobert said. "It's very disappointing to be disrespected like that."