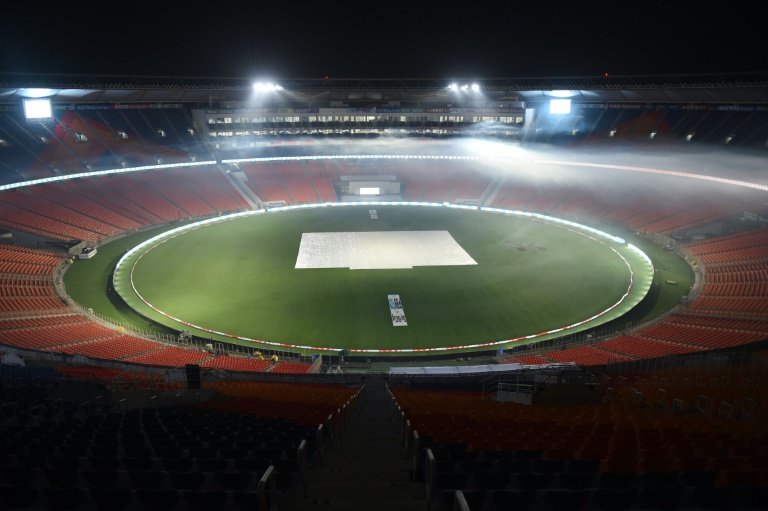 Authorities have put more than 50,000 tickets on sale for each day of the game and there were several thousand waiting for the start / © AFP

England captain Joe Root won a crucial toss and chose to bat in the day-night third Test against India on Wednesday with the series level at 1-1.

England, looking to bounce back from a 317-run defeat in the second Test, made four changes and India two for the match in the world's biggest cricket stadium.

Root said he was looking for a "big score" by batting first as they managed in the first Test.

He said he expected the pink ball to "swing more" than the previous two games in the four-match series.

Kohli said he would have batted first too had he won the toss. The team that won the toss has won each match so far.

The Indian captain said he was "worried" by the LED floodlights in the 110,000 capacity Ahmedabad stadium.

"You have to adapt pretty quickly," he said.

Authorities have put more than 50,000 tickets on sale for each day of the Test and there were several thousand waiting for the start.

The stadium was renamed after Prime Minister Narendra Modi at a ceremony just before the start.