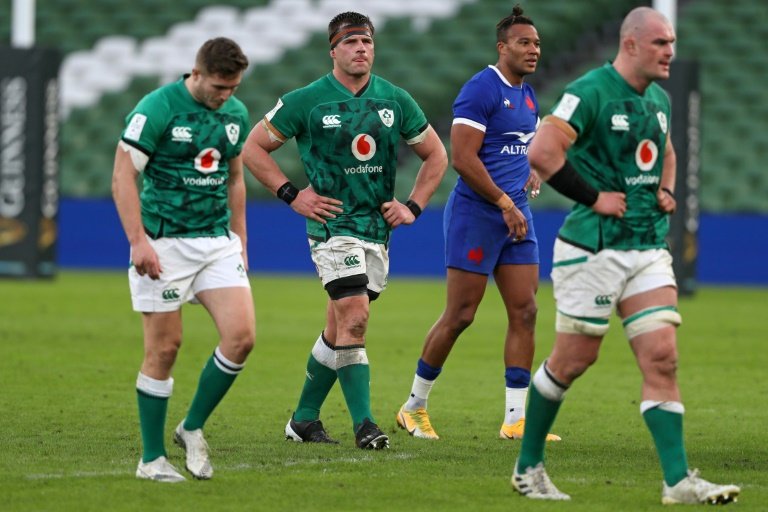 Ireland's players must communicate better and "free themselves up" when they face Italy on Saturday after a disastrous start to their Six Nations campaign, said attack coach Mike Catt.

Andy Farrell's men head to Rome hoping to avoid losing their first three games for the first time since the 1998 Five Nations -- before Italy were added to the championship.

Catt was part of the England side that ensured the Irish ended up pointless that year, scoring a try in the 35-17 victory on the final day.

The 49-year-old has been criticised for the lack of cut and thrust shown by the backs in the 21-16 defeat by Wales and the 15-13 loss to France.

But Catt, who won the World Cup with England in 2003, said the Ireland players must learn to shout louder.

"Communication is everything," he said on Monday. "In the past, everyone has been very reliant on your nines (scrum-half) and 10s (fly-half) controlling a game. So, again, that's another huge work-on for us.

"In terms of the quietness of some of the players, it's something that we can be so much better at."

Catt said it was important for players to impose themselves physically and verbally wherever they played across the backline.

"It's not just your half-backs controlling it, it's your centres seeing the space," he said.

"It's your wingers then using that ability to get the ball to them and to see the space and your full-back is involved all the time so, again, that's a huge one in terms of personalities.

"We can get more out of the players I believe and, again, that's a huge work-on in progress."

Head coach Farrell has challenged his backs to show their "X factor" and players such as centre Garry Ringrose and twinkle-toed wing Jordan Larmour have the ability to provide the magic.

Catt called on the players to express themselves.

"We've got some deep thinkers in the team and some of them just need to free themselves up a little bit and go and play the game," he said.

"But every person, every player is different so it's really getting to know the players and understanding what makes them tick and how they can drag each other through those games as well."