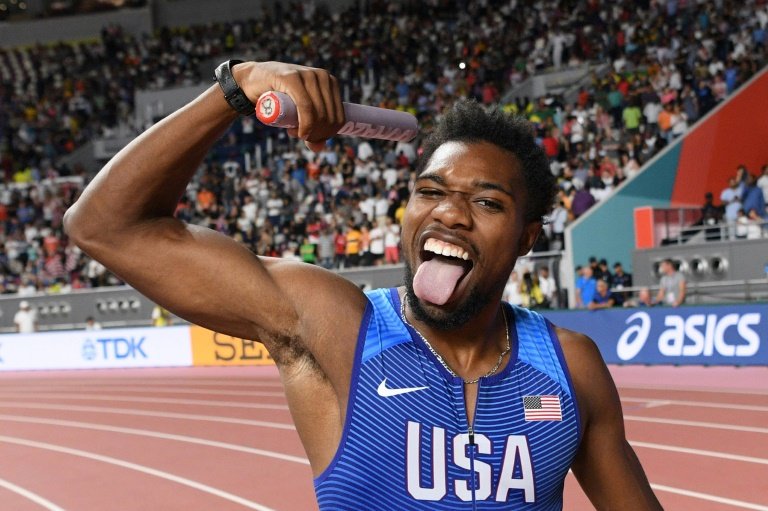 The elite global indoor series event was moved last month from Boston, where the usual venue is being used as a Covid-19 mass vaccination site, to the Ocean Breeze Athletic Complex.

No spectators will be allowed into the Staten Island venue due to the ongoing pandemic.

Lyles plans to run in the heats of the 60 meters, but not race the final if he qualifies, instead running in the 200, where two-time world indoor 400m podium finisher Deon Lendore of Trinidad and Tobago awaits.

His 800 rivals will include Britain's Jamie Webb, a European indoor runner-up, and 2016 world indoor third-place finisher Erik Sowinski of the United States.

The men's 400 features Michael Norman and Rai Benjamin, pals and training partners who set their personal bests against each other.

Norman ran the fastest indoor 400 ever clocked at 44.52 seconds in the 2018 NCAA Indoor Championships but it could not be ratified as a world record due to technical issues.

Just under two hours later, McLaughlin will try to win the 500m for the second time in three years in the last event of the meet.

World indoor pole vault champion Sandi Morris, with 2021 world-leading marks of 4.81m and 4.88m, is favored in her speciality while fellow American Gabby Thomas will try for her second 300m victory in three seasons.

Ethiopia's Hagos Gebrhiwet, an Olympic bronze medalist at 5,000m and three-time meet winner at 3,000m, competes in the two mile.