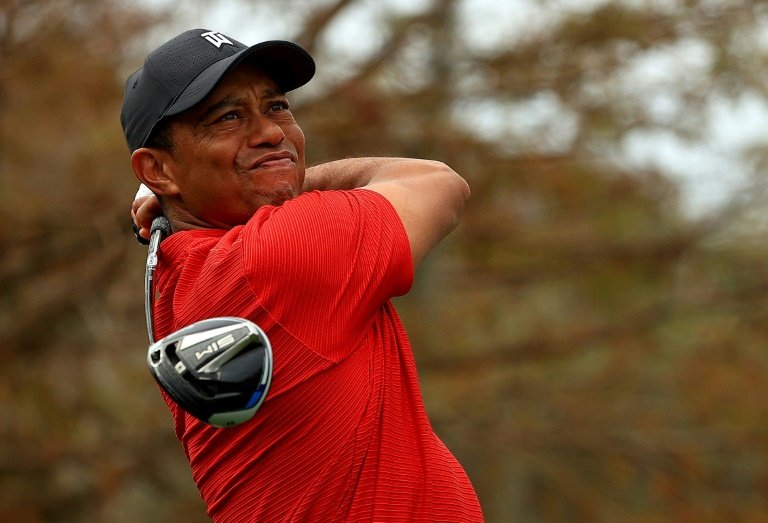 A posting on Woods's Twitter page said the 45-year-old golf star would not play upcoming US PGA Tour events at Torrey Pines or Riviera, but doctors expect him to fully recover.

"I look forward to begin training and am focused on getting back out on tour," Woods said in the statement, which did not reveal an exact date for the operation.

Woods was experiencing discomfort after playing in last month's PNC Championship, a family exhibition event at Orlando, Florida, where he competed alongside son Charlie.

Woods still plans to handle hosting duties at the Genesis Invitational next month at Riviera for the PGA event that benefits his charity foundation.

But there was no timetable given for when Woods might return to PGA play.

Woods said he had feared he might not even be able to have a normal life much less continue his golf career due to his severe back pain.

But after the spinal fusion and a layoff until his Hero World Challenge in the Bahamas in December 2017, he made slow but steady progress in rebuilding his game.

In March 2018, Woods shared second at the PGA Valspar Championship, his best PGA finish since 2013, then in August finished second to Brooks Koepka at the PGA Championship.

The following month, Woods won the season-ending Tour Championship and seven months later took the ultimate victory of his astounding comeback by winning the 2019 Masters. At age 43, he was the second-oldest green jacket winner, three years younger than Jack Nicklaus when he won the 1986 Masters.

Woods had knee surgery four months later and made a triumphant return in October 2019, capturing the Zozo Championship in Japan for his 82nd US PGA Tour title, matching the all-time record won by Sam Snead.

Woods remains three major victories shy of the all-time record 18 won by Nicklaus, but only four winners in major history have taken a title at an older age than Woods is now.

Julius Boros owns the record as the oldest major winner at 48 when he won the 1968 PGA Championship, Old Tom Morris was 46 when he captured the 1867 British Open championship and Nicklaus set the Masters mark in 1986.

Jerry Barber was three months past his 45th birthday when he won the 1961 PGA Championship but Woods will be older than Barber before the next major, the 85th Masters in April at Augusta National.

The year's other majors include the PGA Championship at Kiawah Island in May, the US Open in June at Torrey Pines -- where Woods won the 2008 US Open -- and the British Open in July at Royal St. George's.