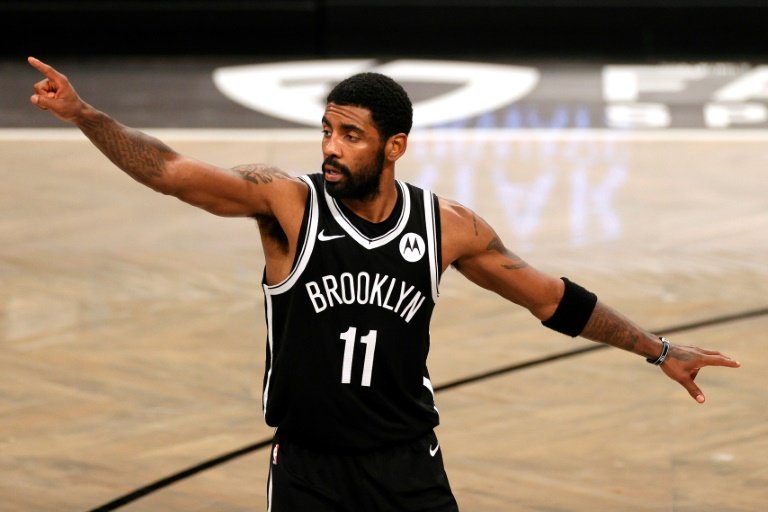 Kyrie Irving returned to the Brooklyn Nets on Tuesday after missing the NBA club's past seven games, saying he "just needed a pause" due to personal issues.

Irving practiced with the Nets on Tuesday and coach Steve Nash said he expect him to play when Brooklyn visits Cleveland on Wednesday.

The 28-year-old American guard spoke generally about family matters and mental health issues in his first comments since the layoff that began after he played January 5.

"Happy to be back. Happy to be around these guys," Irving said. "We got some great pieces and we just move on and I let my actions and my game speak for itself like I planned on doing. Just needed a pause."

Since his departure, he was fined $50,000 for violating NBA Covid-19 health and safety protocols after being seen in a video attending what appeared to be a family birthday party, also losing more than $800,000 in salary for missing two games while serving an NBA quarantine.

"Lot of family and personal stuff going on," Irving said. "I want to leave it at that."

Irving's absence, five games for personal reasons and two more for conditioning, began the day of an invasion of the US Capitol in Washington that led to five deaths and increased security for Wednesday's inauguration ceremony for President Joe Biden.

Irving said he needed to separate being an NBA player from major social issues such as politics or the Black Lives Matter movement.

"If you don't create that distinction, then it's easy to feel the weight of the world when you're going out there and playing," Irving said.

"I'd be lying sitting here and saying I don't feel what's going on in the world, nor am I paying attention to it. I just have a huge responsibility, I feel, to continue to serve my community."

Irving said his love of the sport was never an issue.

"When things become overwhelming in life you've got to take a step back and realize what's important," Irving said.

"It has been a lot to balance. I called for help. And now I have so many people reaching out and mentors helping out.

"I'm not alone in this. It's just a big thing about mental health, just being balanced with yourself first and then being able to perform."

The Nets, 9-6, are 2-0 since Harden's arrival as he joined forces with fellow former NBA Most Valuable Player Kevin Durant to make a formidable inside-outside combination despite little practice time together.

Irving -- averaging 27.1 points, 5.3 rebounds and 6.1 assists a game -- could return to form a 'Big Three' on the same Cleveland court where he was part of another powerful trio on the Cavaliers alongside LeBron James and Kevin Love that produced an NBA title in 2016.

Irving said he felt like people didn't truly know him but accepted some of the blame for that.

"When you take a break from everything, there are so many assumptions about what's going on, so many people feel they know me best," Irving said.

"They have no idea who I am nor what I'm about nor what I stand for or even take the time, or even for me to invite them to take the time -- it's a two-way street."

Irving said he has spoken to his teammates about his pulling away.

"I take full accountability for my actions with the guys," he said. "I had a conversation with each one and we move on."