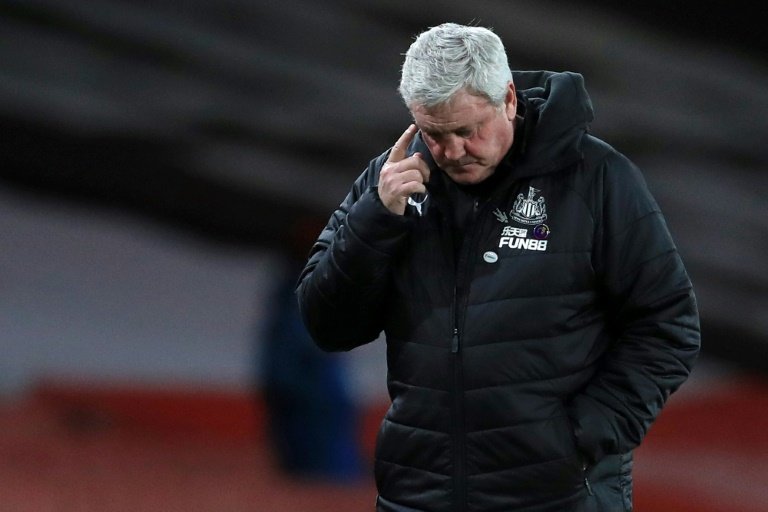 Steve Bruce is struggling to turn Newcastle's fortunes around / © POOL/AFP

Newcastle's long-suffering fans are bracing for a bleak midwinter, with coach Steve Bruce and owner Mike Ashley both in the firing line as the club tumble towards the Premier League relegation zone.

The northeast side enjoy a huge and passionate following even though they have gone 66 years without a domestic trophy but fans are fed up with the mediocrity.

Supporters have long campaigned for Ashley to sell up, disillusioned with his 14-year spell as owner, which has included two relegations from the top-flight.

They were deeply unhappy following the collapse of a Saudi-backed bid to buy the club last year, having dared to dream money would at last be made available to fund high-level signings.

With Ashley going nowhere for now, Bruce, appointed in 2019, has become the focus of their ire.

The 60-year-old former Manchester United captain insisted he was "100 percent" confident he is the right man to turn around their fortunes after Monday's 3-0 defeat at Arsenal but he is facing an uphill task to convince the fans.

Newcastle, in 15th spot, have taken just two points from their past seven Premier League matches and the mood at St James's Park is not good.

Newcastle started the campaign relatively brightly before results dipped and their plight was not helped by a coronavirus outbreak at the club.

A number of players were affected but captain Jamaal Lascelles and French winger Allan Saint-Maximin were hit especially hard -- Saint-Maximin has not pulled on the famous black-and-white shirt since late November.

Regardless of mitigating circumstances, worried fans are running out of patience, despite a seven-point gap to 18th-placed Fulham. 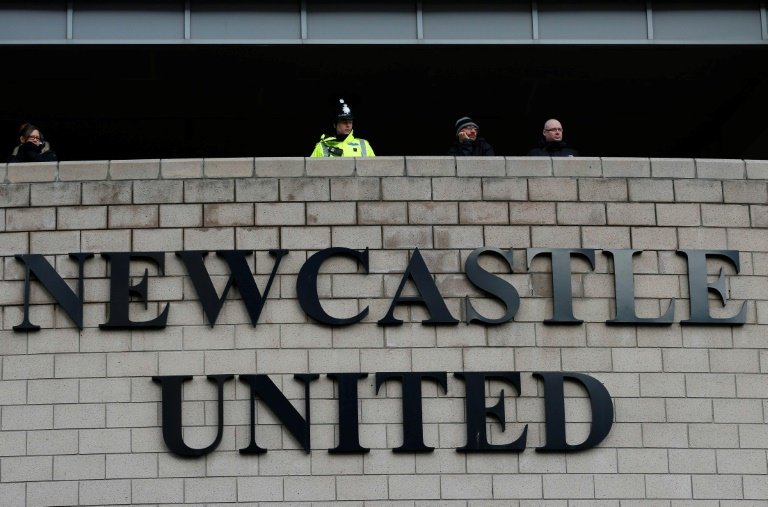 Newcastle supporters' group Toon for Change are "actively campaigning" for Bruce to be sacked, urging action before it is too late.

"Steve Bruce described the Newcastle United manager role as his dream job, but under his leadership this season is becoming a nightmare for supporters," said spokesman Joe Chilcott.

Greg Tomlinson, chairman of the Newcastle United Supporters Trust, told the BBC Bruce showed a "lack of understanding about the fans".

"They want a club which strives to get better, that's what we had with Rafa (Benitez), Bobby Robson and (Chris) Hughton," he said. "We want hope and pride.

"A lot of fans also feel like the takeover could still happen, but if we get relegated then it might have less chance of happening."

Bruce has done well before with limited resources at various clubs, although he has also twice been relegated from the Premier League.

He was interviewed for the England job in 2016, losing out to Sam Allardyce, another straight-talking former defender.

Allardyce himself was the manager in place at Newcastle when Ashley took the reins but he only lasted several months of the 2007/08 campaign.

Bruce, though, is adamant he can turn the club's fortunes around.

"I have been in football a long, long time and I've managed to do it before," he said after the chastening Arsenal defeat.

"If you are in the bottom half you are going to have a difficult spell and it is how you cope with it. I'm never going to shy away from it so yes, 100 percent.

"I think half the league is in a relegation battle. There are only a few points between a few teams, we have been stuck on 19 for a while now.

"But we always knew this was the most difficult part of the season for us in terms of fixtures and the problems we have got. We have got to keep plugging away at it and I'm sure it'll turn."