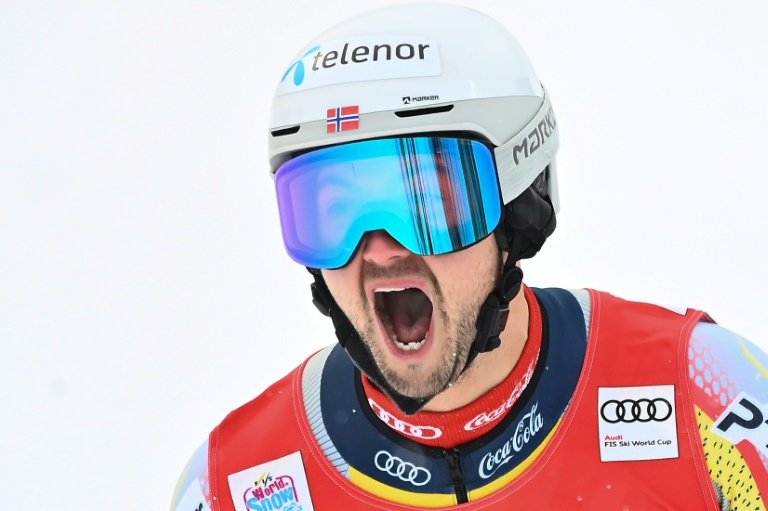 Norwegian skier Sebastian Foss-Solevaag collected his first ever World Cup victory when he won the slalom in Flachau on Sunday, declaring it a team victory for "the 'Attacking Vikings'".

The 29-year-old, who had three podiums in his previous 85 World Cup events, was quickest on the first run with a time of 53.50sec and then followed that with an even faster 52.73sec second run to secure his first overdue victory.

"It takes time, I have been patient and I've been working hard for a long time," he said.

"It’s a team victory, we are the 'Attacking Vikings', we are working together, I wouldn’t have won without any of the coaches and teammates. It shows that we have a good team spirit."

Foss-Solevaag, the only man to go under 53 seconds on either run, finished 0.76sec ahead of the Austrian Marco Schwarz.

Overall leader Alexis Pinturault bounced back from a disappointing eighth in the first run to clinch third.

It is his first podium in the discipline in nearly a year and it pushes the Frenchman 218 points clear of second-placed Aleksander Aamodt Kilde, who was ruled out for the rest of the season after suffering a ruptured knee ligament in training on Saturday.

"I was not very happy," said Pinturault about Kilde's injury.

"Yes it suits me but it is the kind of thing that I don't want to see.

"I want to battle with him in every race, where we can give our best, so that at the end of the season we can see everything was fair and square."

Pinturault's nearest challenger for the Big Globe is now Marco Overmatt who is 277 points adrift.

Foss-Solevaag's win made it six different winners in the last six slaloms.

"It's pretty cool this year," said the Norwegian.

"It’s a lot of guys who are skiing fast, you saw it a little bit last year, everybody’s going all-in, it’s a really fun race."

Schwarz leads the discipline standings, 65 points ahead of fellow-Austrian Manuel Feller with Foss-Solevaag in third.

Frenchman Clement Noel, who had his first podium finish on Saturday when he came second behind Feller, made a brisk start to his first run on Sunday before crashing out.