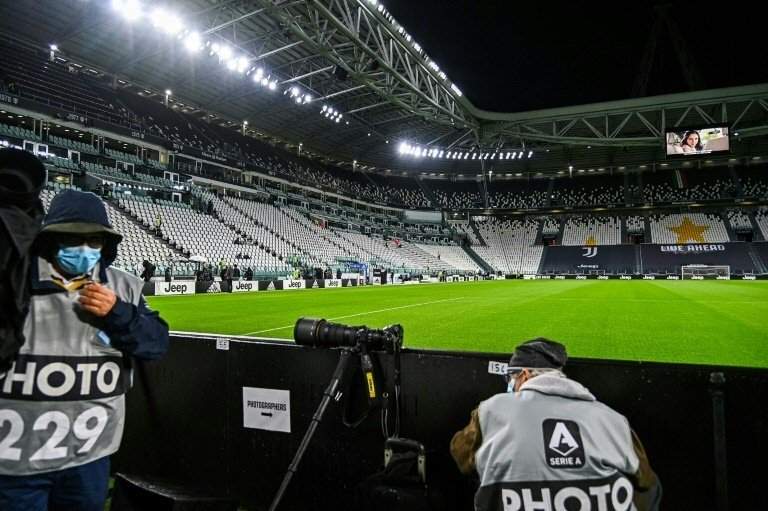 Napoli refused to travel to Turin to play Juventus at the Allianz Stadium on October 4. / © AFP/File

Napoli on Tuesday won their appeal after being handed a 3-0 defeat and a one-point deduction for failing to turn up to play Juventus because of coronavirus cases.

Napoli took their case to the Italian Olympic Committee (CONI), the highest level of sporting justice in Italy, after having appeals rejected by the Italian Football Federation (FIGC) and Serie A.

CONI said in a statement they "accepted the appeal presented by Napoli and annulled without postponement the decision of the Sports Court of Appeal at the FIGC ... including the penalty of losing the match and the deduction of one point."

The October 4 fixture had been abandoned rather than called off when Napoli did not travel to Turin.

"We live in a country where those who respect the laws cannot be convicted. And Napoli always follows the rules."

The restoration of a point moves Napoli up to third in the standings ahead of Juventus, who have lost three points, and are fourth.

Juventus fell to their first defeat of the season later Tuesday, losing 3-0 at home against Fiorentina.

The nine-time Serie A champions are now seven points behind leaders AC Milan who host Lazio on Wednesday.

"The first comment is that we have always been outsiders in the affair and indifferent to it," said Juventus chief football officer Fabio Paratici.

"When they tell us to play we'll go play. That said, we were also there on October 4."

Italian media report that the match at Juve's Allianz Stadium will be rescheduled for January 13.

The original match in October was to be played just days after Napoli had faced Genoa, who subsequently recorded over a dozen COVID cases in their squad.

Napoli argued that they were ordered not to travel by the local health authority after two players, Piotr Zielinski and Eljif Elmas, tested positive for Covid-19.

The club requested a postponement, but Juventus continued to prepare as normal. The game was officially abandoned 45 minutes after its scheduled kick off.

The Serie A disciplinary commission ruled there had been no "force majeure" preventing Napoli from travelling despite the positive cases and the team being in isolation.

Italy's top flight applied UEFA rules that say a match can take place as long as a side have 13 healthy players, including a goalkeeper.

The only possible exemption would be a club which has an active outbreak of Covid-19 with more than 10 new positive cases in a week.

In that case, the club can request a postponement, but only once in the season, which was the case of Genoa's game against Torino the same weekend.