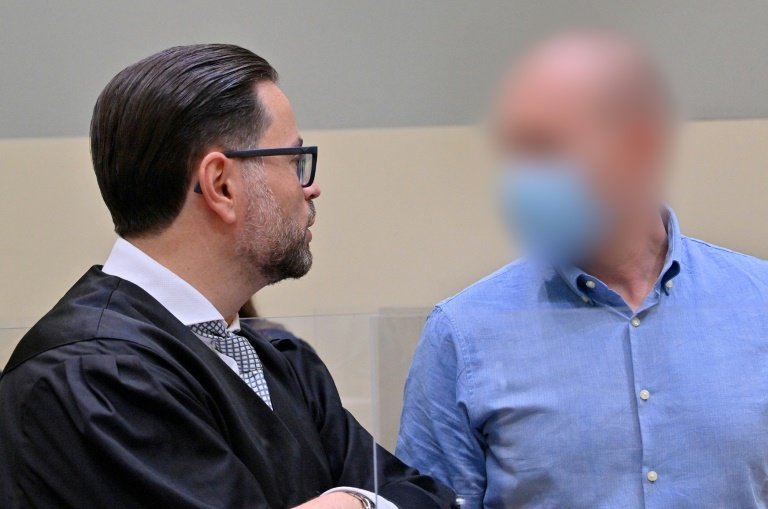 The trial against Dr. Mark Schmidt started in September / © POOL/AFP/File

A German doctor accused of masterminding an international blood-doping network claimed Friday he was trying to protect the athletes he worked with and "never thought" he could end up in prison.

Facing up to ten-years in jail, the 42-year-old sports physician Mark Schmidt admitted Friday he had "completely misjudged the punitive framework".

"I never thought that I would be threatened with imprisonment," he said in court in Munich.

Charges against him allege the doping of athletes at the 2014 and 2018 Winter Olympics, the 2016 Rio Sumer Games, and at cycling's Giro d'Italia and Tour de France.

In the statement he read out in court, Schmidt claimed he had not been the initiator of a doping network, but rather had just been meeting demand.

Once he started, "there were soon requests from athletes," adding it had always been important to him to protect the health of those he worked with.

Schmidt has previously claimed he made no financial gain from the process but asked for 5,000 euros ($5,852) a year for his services.

However, on Friday the judge at Munich regional court said her understanding of an email submitted in evidence was that he had charged three Estonian athletes 11,500 euro each.

Schmidt had claimed he charged the trio the same figure in total.

The sports physician made it clear the toll prison is taking on him in custody, which has "seriously affected" him.

He has been in custody since February 2019 as part of Operation "Aderlass" -- or "blood letting" in German -- which involved raids at the Nordic world skiing championships in Austria.

Five athletes and two suspects were detained at the venue two hours before the start of the men's 15km cross-country event. One Austrian athlete was caught undergoing a blood transfusion.

As part of the wider Aderlass case, Austrian cyclist Georg Preidler was given a 12-month suspended sentence for sports fraud by a court in Innsbruck in July.

Blood doping is aimed at boosting the red blood cells, which allows the body to transport more oxygen to muscles, increasing stamina and performance.

This is the first major prosecution under anti-doping legislation introduced in Germany in 2015.

The trial was expected to finish next month, but has been extended until next June 2021.