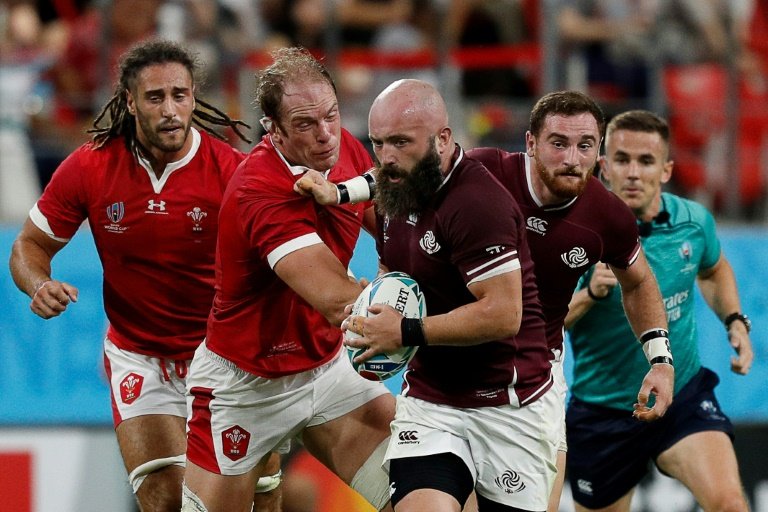 Veteran hooker Shalva Mamukashvili believes Georgia will be ready to compete with the powerhouses of European rugby in the Six Nations in just two years.

The 30-year-old said their case had been strengthened by appearing in this year's Autumn Nations Cup, which gives them a run of matches against top-tier outfits.

Georgia are caught in no man's land. They have dominated the second-tier Rugby Europe Championship in recent years but fall short against the top sides.

Levan Maisashvili's team play their final pool match of the Autumn Nations Cup against Ireland on Sunday and are yet to register a point -- beaten 40-0 by England and then 18-0 by a second-string Wales team.

Some have argued Georgia deserve a chance in the Six Nations -- the premier northern hemisphere tournament -- at the expense of Italy, who almost always finish bottom of the pile.

Mamukashvili, who comes from a family of maths professors, is well qualified to bang the drum after 76 Tests, including two Rugby World Cups, and with top-class experience at European club level.

In 2014 he became the first Georgian to play in the English Premiership when he signed for Sale Sharks and he is now with Leicester Tigers . He has also had spells with Glasgow Warriors and Toulon.

Mamukashvili said it was not surprising Georgia have struggled in the Autumn Nations Cup, which replaces the usual programme of Tests for northern hemisphere nations this year due to the coronavirus pandemic.

Several key players retired after the 2019 World Cup and many of the present squad arrived short of game time due to Covid-19 restrictions.

"This is the first time in our history that Georgia plays four tier-one rugby nations in a row (they lost 48-7 to Scotland before the tournament)," Mamukashvili told AFP. 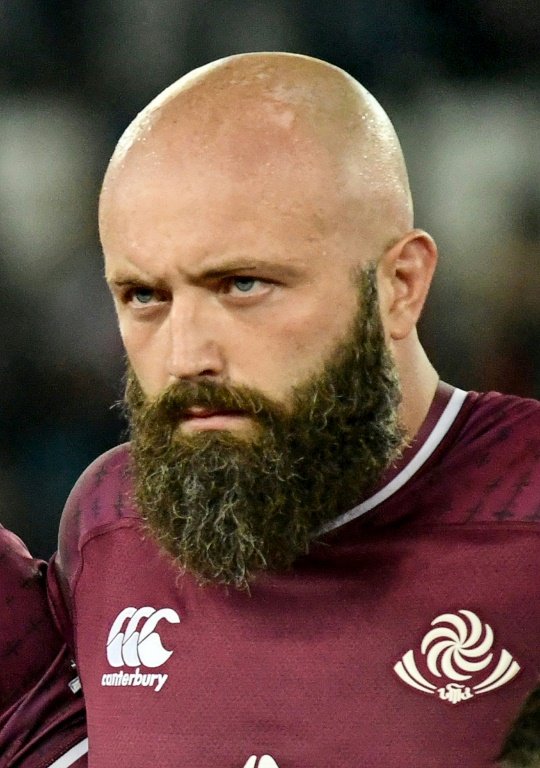 Shalva Mamukashvili made his Georgia debut in 2011 / © AFP/File

"Georgia need to be regularly playing these games with tier-one teams. The young players will grow hugely if they do.

"If you only play once a year development will be too hard.

"I believe the results will be good enough if we play more games against them so that in a couple of years we will be ready to participate in the Six Nations."

Mamukashvili intends to play until the 2023 World Cup but signing off in the Six Nations would be the crowning moment for him.

"If I play in the Six Nations that would be on another level and I will end my career very happy and with a big smile."

Mamukashvili said one way forward would be for the Georgian rugby authorities to create a franchise club such as Argentina did with the Jaguares.

The Jaguares encouraged foreign-based players to return home with the lure of competing in the southern hemisphere club competition, Super Rugby.

Mamukashvili said he would like a shot at it, not least because he has dragged his abstract artist wife Sopho and young daughter Taso around Europe.

"You end up with almost 70 percent of the national team playing together at club level," he said.

"If we can manage that, and I believe the union are going to press for this, it would be a huge step up for us.

"Going down the European Cup route in my opinion is something we need and it is achievable."

Mamukashvili is confident sooner or later the hammering at the door will have a positive impact.

"If Georgia can prove during this tournament or another one they are growing up to the challenge of other Six Nations' teams then of course people at World Rugby will think 'why not give them a chance?'" he said.