The defining moment in Diego Maradona's playing career came in Mexico at the 1986 World Cup, and the high point in his less distinguished career as a coach possibly also came there more than three decades later.

The Argentine legend spent nine months between 2018 and 2019 in charge of Dorados of Sinaloa, a second-tier club from Culiacan, a city better known as the home of Joaquín 'El Chapo' Guzman's Sinaloa cartel.

When his appointment was announced, it seemed like some kind of bad joke -- Maradona, whose playing career was cut short because of a cocaine addiction, agreeing to move to the home of a cartel notorious for trafficking cocaine into the United States.

It seemed too good to be true. So good, in fact, that it became the subject of a Netflix documentary series.

"Maradona in Mexico" followed Maradona as he tried to revive the fortunes of the club where Pep Guardiola once played.

As he approached his 58th birthday, Maradona's coaching career had never really taken off despite leading his country at the 2010 World Cup and managing in the Middle East.

But his impact was instantaneous.

Dorados had won none of their opening six games of the Apertura ('Opening') championship.

Under Maradona they won six and lost one of eight matches to qualify for the promotion play-offs, where they reached the final only to lose in extra time to Atletico San Luis.

"I knew what I was capable of," Maradona says in the documentary when asked if he feels he has proven people wrong. 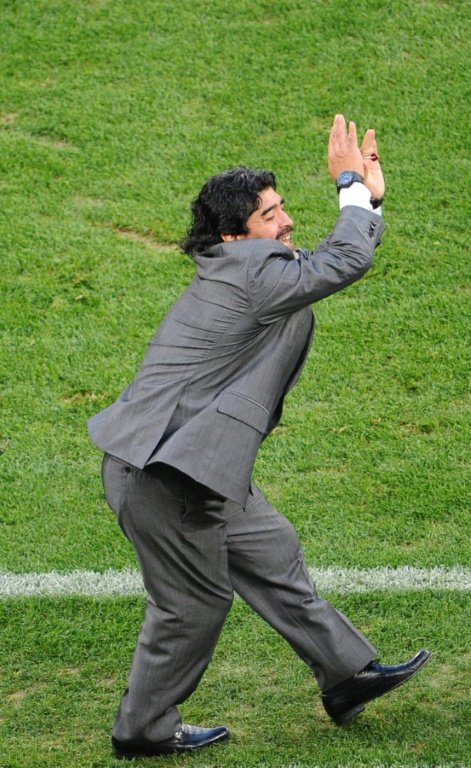 "I was never hurt by the stupid things people said and I am not going to thank them now."

Thom Walker, who produced the documentary, told AFP: "People didn't expect the power of Maradona to have such an impact."

In the end it was not quite enough.

Maradona's second campaign saw the team again reach the final only to lose, and he departed, officially for health reasons.

The series revealed how, in the right circumstances, players responded to Maradona, but it also showed the great man often losing his cool.

"Diego is a very emotional guy," says Dorados president Antonio Nunez. "He has too many strong winds in his soul and the emotion of these games leads him to do unexpected things."

It was always thus.

When his playing career appeared doomed after he received a 15-month ban for taking drugs at the 1994 World Cup, he moved into coaching, joining Deportivo Mandiyu, in the northern Argentine city of Corrientes.

Maradona was not yet 34. On days off he went fishing in the Parana River. He lasted just two months, managed just one win, and the team finished bottom.

He reappeared at Racing -- one of Argentina's biggest clubs -- in January 1995. There he fared little better and left after just four months.

It is easy to find video footage of Maradona's first game as Racing coach, away to Ferro Carril Oeste.

When the Racing goalkeeper saves a penalty, Maradona turns around to the stands behind him and gives two middle fingers to the home fans. 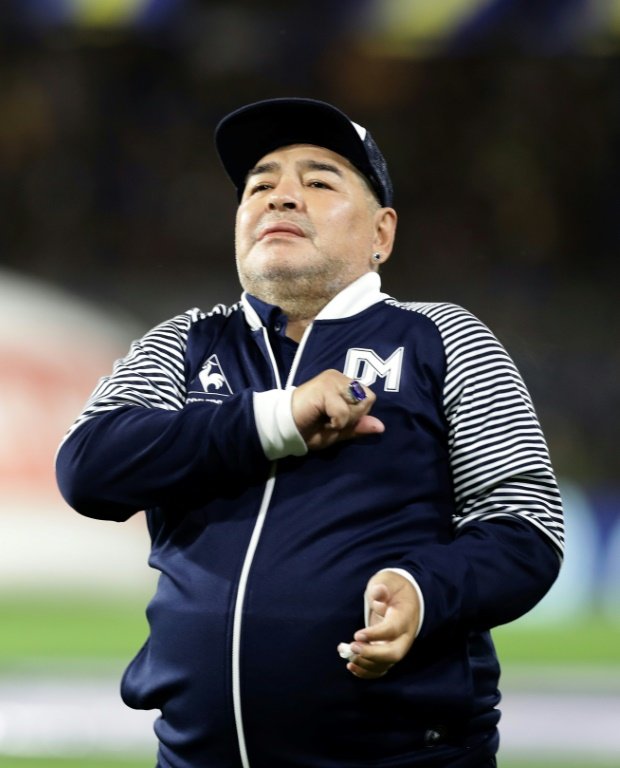 Later that year he returned to the field with Boca, playing out the remainder of his career there before retiring in 1997.

He returned to coaching in 2008, taking the Argentina job for the 2010 World Cup campaign.

One of his first games was a humiliating 6-1 qualifying defeat in Bolivia, but wins in their last two qualifiers saw them scrape through to the finals in South Africa, and allowed Maradona to strike back at a critical media.

"They can suck it and carry on sucking it," he fumed.

In South Africa, with a team captained by Lionel Messi, Argentina won all their group games and beat Mexico 3-1 in the last 16, only to be torn apart by Germany in the quarter-finals, losing 4-0. He was not kept on.

Unremarkable spells followed at Al Wasl of Dubai in 2011/12 and at Al-Fujairah, an Emirati second-division side, in 2017/18.

After his Mexican adventure, Maradona resurfaced at Gimnasia y Esgrima La Plata in his homeland in September 2019, where he watched games from the touchline while sitting on a custom-made throne.

Yet while he focused attention, on the pitch the team was only saved from the drop because the Argentine federation ended the season early and cancelled relegations due to the coronavirus pandemic.