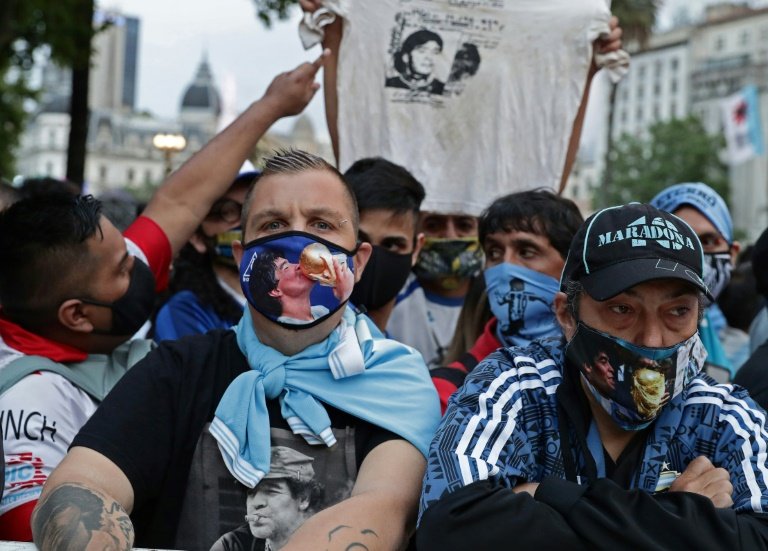 Hundreds of people on Thursday began filing in to see the coffin of Diego Maradona in Buenos Aires' Casa Rosada after the football legend died at the age of 60.

At a slow pace, people passed in front of the coffin that was draped with the Argentine flag and his number 10 jersey.

Scuffles briefly broke out as crowds jostled as they queued to enter and police had to hold people back.

Maradona's family and closest friends came at dawn before the start of the public wake.

Tens of thousands of people spent the night in a vigil in the Plaza de Mayo, singing songs in tribute to Maradona, who led Argentina to the World Cup in 1986.