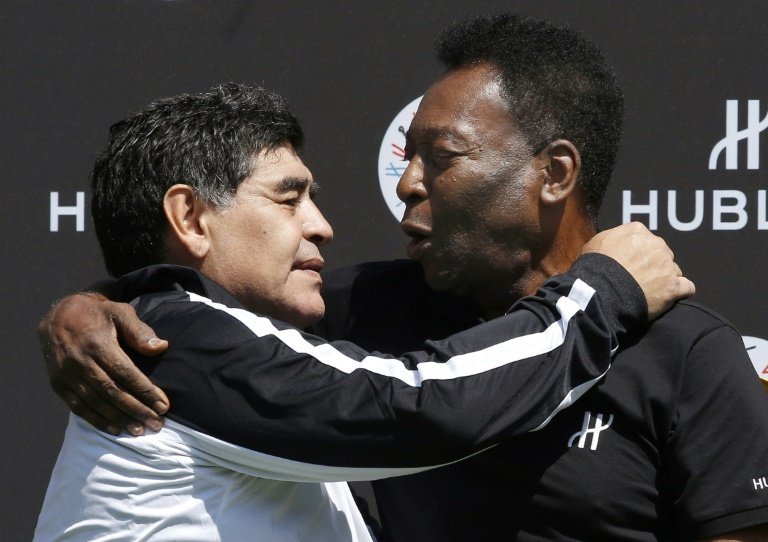 Brazil's Pele (right) paid tribute to Diego Maradona, who has died at the age of 60 / © AFP/File

Brazilian great Pele led global tributes to Diego Maradona, whose death was announced on Wednesday, saying one day they would "play soccer together in the sky".

Renowned for inspiring Argentina to World Cup glory in 1986, Maradona was most loved at club level for his spells with Boca Juniors in his homeland and Napoli in Italy, where he won the club's only two Serie A titles.

AFP Sport looks at who is saying what as tributes pour in to one of football's greatest ever players:

"Sad news today. I have lost a dear friend, and the world has lost a legend. There is much more to say, but for now may God give his family strength. One day, I hope, we will play soccer together in the sky."

-- Brazilian legend Pele, who is widely regarded as Maradona's competition to being called the best player in history.

"It is a very sad day for all Argentines and football. He leaves us but he does not go because he is eternal. I am left with many of the nice moments we shared and I want to send my condolences to all his family and friends." 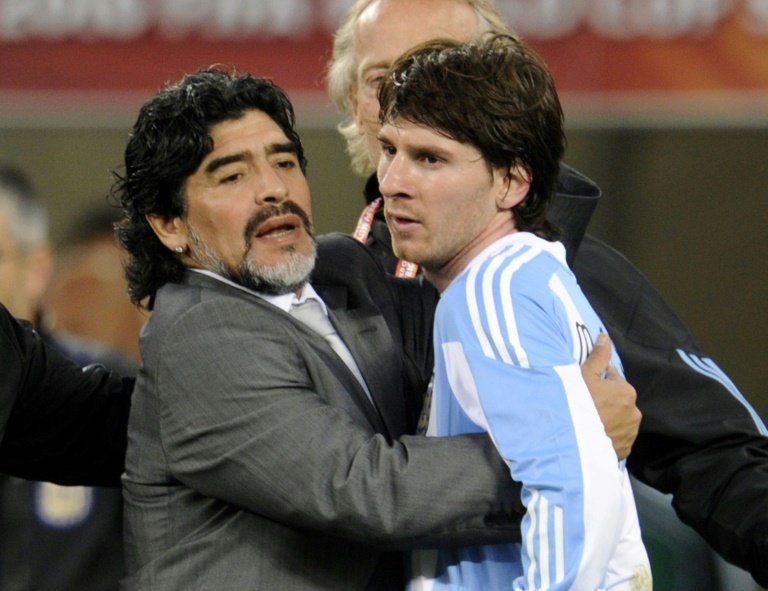 -- Six-time Ballon d'Or winner Lionel Messi, who played under Maradona for Argentina at the 2010 World Cup, and has struggled to match his success at international level.

"By some distance the best player of my generation and arguably the greatest of all time. After a blessed but troubled life, hopefully he'll finally find some comfort in the hands of God. #RipDiego."

-- Former England striker Gary Lineker, who was on the losing side thanks to Maradona's two iconic goals for Argentina in the 1986 World Cup quarter-final.

"It could be an idea to call the stadium in Naples San Paolo-Maradona."

-- Napoli president Aurelio De Laurentiis on the prospect of renaming the club's San Paolo stadium, where Maradona's name and face still adorn shirts and flags in memory of the part he played in the southern Italian club's most successful era.

"You gave everything for your people, you defended this land, you loved it. You gave us joy, smiles, trophies, love. I grew up hearing my family's stories about your exploits, seeing and reviewing your endless games. You were the greatest player in history, you were our Diego."

"Today I say goodbye to a friend and the world says goodbye to an eternal genius. One of the best ever. An unparalleled magician. He leaves too soon, but leaves a legacy without limits and a void that will never be filled. Rest in peace, ace. You will never be forgotten."

"There was a banner in Argentina one time I read years ago, it said: 'It doesn't matter what you have done with your life, it matters what you have done with our lives'. There are a few incredible players in all of history, he is one of them. For people of our generation, the World Cup in '86 in Mexico was something which made this sport better."

"What Diego has done for football, for making all of us fall in love with this beautiful game, is unique. It is, as he is, simply immense." 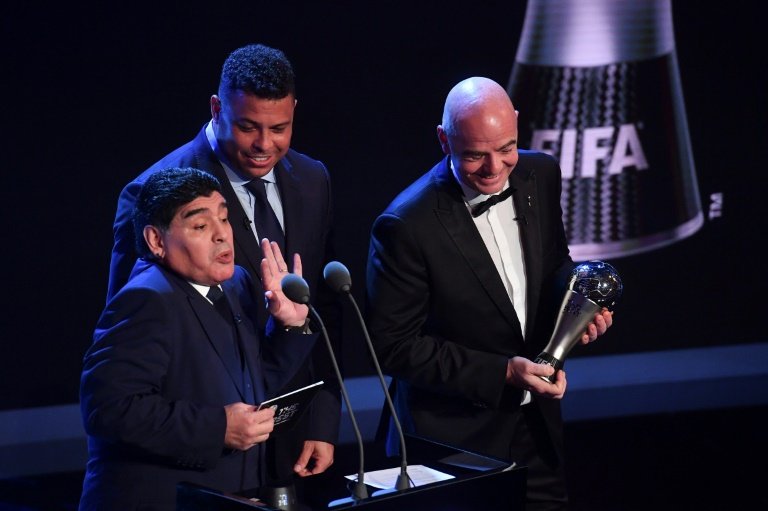 "A bit of our past has gone... I am nostalgic for what was a wonderful era."

"We will never forget you. You will always be with us. #ThankyouDiego"

-- Manchester City striker Sergio Aguero, who was previously married to and has a child with Maradona's daughter Gianinna.

"Our sport lost one of its biggest idols. I lost a great friend, whose talent inspired me from the time I was a boy. I'm in shock that he's gone, but grateful that our paths crossed in life. El Pibe, your legacy is eternal. Your magic on the pitch will never be forgotten."

"RIP Legend. You will stay in the history of football forever. Thanks you for all the pleasure you gave to the whole world."

"You took us to the top of the world. You made us immensely happy. You were the greatest of all. Thanks for having existed, Diego. We will miss you for life."

-- Boca Juniors, Maradona's beloved club where he had two spells as a player.

"Goodbye, Diego. It's with profound pain and sadness that we mourn the death of Diego Armando Maradona, our dear coach."

"When they tell you Diego has gone you say it cannot be but I have no doubt he will live on in every football pitch in the world. He was and is the best."

"Today the world of sports and football in particular has a hole. One of the greatest athletes in history left us."