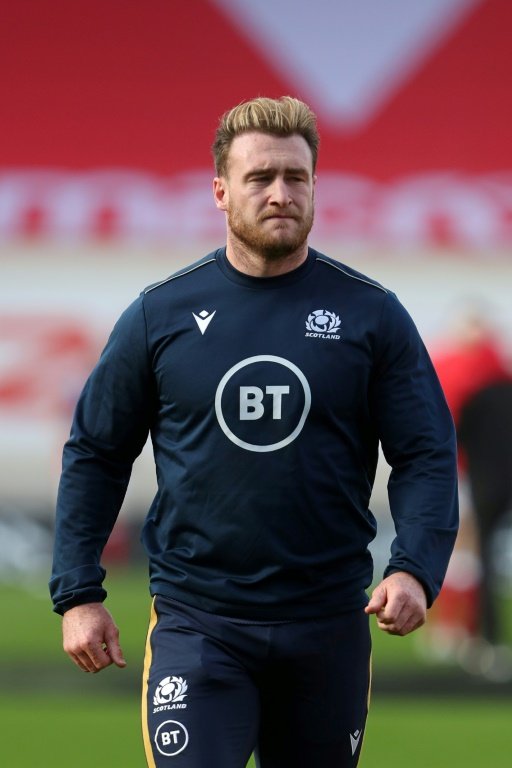 Scotland captain Stuart Hogg admitted he had made a "schoolboy error" after a failure to find touch denied his side the chance of a dramatic draw against France at Murrayfield on Sunday.

There were already 80 minutes on the clock when Scotland, seven points down and needing a converted try to draw level were awarded a penalty by English referee Wayne Barnes.

At that stage it was imperative full-back Hogg find touch with his kick to give Scotland the chance of a line-out near the French try-line.

But his overhit effort went dead, allowing France to run out 22-15 winners, with 'Les Bleus' on course to play in the Autumn Nations Cup final in a fortnight provided they do not suffer a shock Pool B reverse against Italy next week.

Scotland had been bidding to win a sixth straight Test for the first time since David Sole's celebrated 1990 Grand Slam team.

But it was a case of second time unlucky for the Scots after they denied France a Six Nations Grand Slam at Murrayfield in March -- the only defeat Fabien Galthie's men have suffered this year.

In a match where goal-kickers dominated, powerful France centre Viremi Vakatawa scored the only try early in the second half.

But France could not put Scotland away, with the hosts in the game right until Hogg's agonising mistake at the finish.

"Yeah, I made a schoolboy error it's as simple that," Hogg told reporters of his wayward kick. "But look, I thought we played well for 78 minutes of that game.

"We're old enough and ugly enough now to realise we've made a mistake. I don't need to be told a million times about it.

"I thought for 78 minutes of that game we were in control.

"But, unfortunately, we've made a couple of mistakes and you can't do that in international rugby. It's as simple as that."

Hogg, who last season helped Exeter clinch an English Premiership and European Champions Cup double, added: "We shut France down. They wanted to bring a running game but all they did was kick to us.

"But the frustrating thing is we know we're a lot better than that.

"It's fine people making mistakes but it's the fact that sometimes we compound our errors and that's what cost us.

"We've not turned into a bad team overnight. We know where we're going wrong and we're excited about our next challenge."

Scotland coach Gregor Townsend took some comfort from the resilience his players showed while making France sweat for their victory.

"If you look over 2020 we have shown commitment, togetherness and shown we are tough to break down and beat," he said. "That was another game that underlined that.

"But we had penalties against us and errors of execution that we know we have to eradicate if we are to be a team that wins these games and reaches its potential."