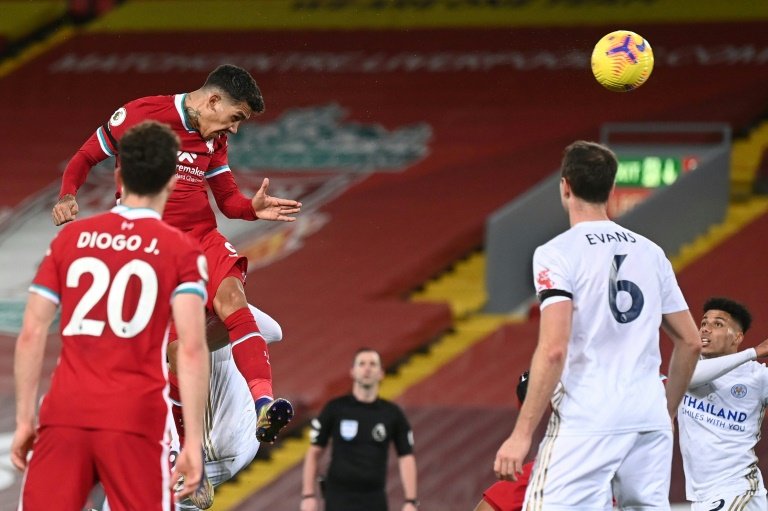 Rising high: Roberto Firmino (top left) rounded off the scoring in a 3-0 win over Leicester as Liverpool moved joint top of the Premier League / © POOL/AFP

Liverpool shrugged off an injury crisis to move level on points with Tottenham at the top of the Premier League with a 3-0 win over Leicester, while 10-man Arsenal were left to cling on for a 0-0 draw at Leeds by Nicolas Pepe's red card on Sunday.

Yet, Jurgen Klopp's men were still imperious in easing past a Leicester side that had started the weekend on top of the table.

The Foxes did not do themselves any favours when Jonny Evans turned James Milner's corner into his own net to reward Liverpool's bright start.

Diogo Jota then became the first ever Liverpool player to score in his first four home league games with a downward header from Andy Robertson's cross.

Only a combination of goalkeeper Kasper Schmeichel and the woodwork kept Liverpool from a repeat of the 4-0 thrashing they dished out to Leicester when the sides last met in December.

But Robert Firmino then rounded off a fine night for the champions with a towering header from another Milner corner six minutes from time.

"Playing them like that tonight, I do not take for granted," said Klopp. "The boys were on fire."

Leicester's defeat means Arsenal are just five points off the top four, but Mikel Arteta was furious at Pepe's lack of discipline as the Gunners were lucky to escape with a point at Elland Road.

"It's unacceptable," said the Spaniard, whose side have won just one of their last five league games.

"With 10 men it is a big disadvantage. I really liked the personality of the team when Pepe let the team down, how we stuck to our jobs. Obviously it makes it really difficult." 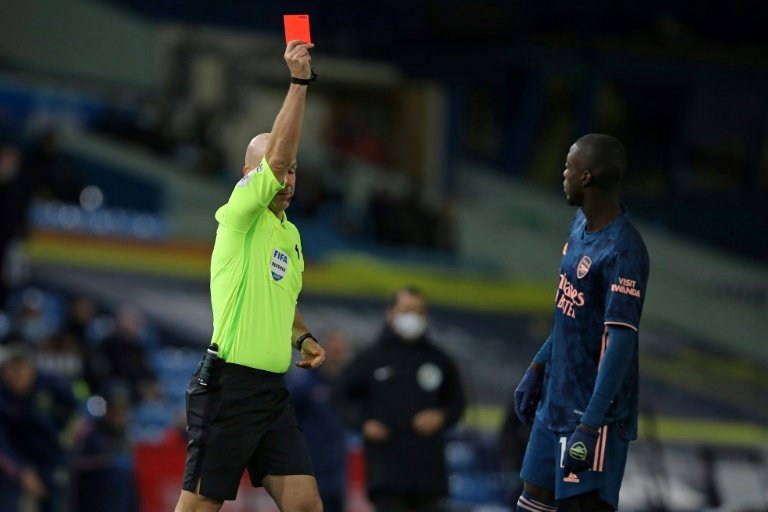 Arsenal's Nicolas Pepe was sent off against Leeds / © POOL/AFP

Leeds are 14th after their third consecutive match without a win, but Marcelo Bielsa's men were left cursing their luck as Rodrigo, Patrick Bamford and Raphinha all hit the woodwork in the closing stages.

Arsenal captain Pierre-Emerick Aubameyang had been given a rare chance in the central striker's role, but he was starved of service even before Pepe's dismissal.

Aubameyang's penalty in a 1-0 win at Manchester United last month is the only league goal Arsenal have now scored for nearly 500 minutes.

Everton recovered from three straight defeats to beat Fulham 3-2 thanks to a double from Dominic Calvert-Lewin. 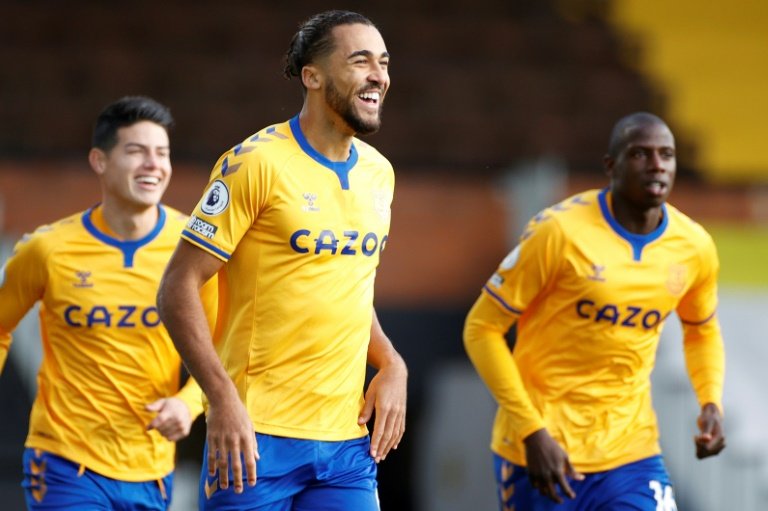 The England international moved to the top of the Premier League goalscoring charts with Abdoulaye Doucoure also on target for Carlo Ancelotti's men before half-time.

Bobby Decordova-Reid had equalised at 1-1 for Fulham, but their woes from the penalty spot continued as a third different player this season missed from the spot when Ivan Cavaleiro scooped his effort over the bar.

Ruben Loftus-Cheek reduced the deficit 20 minutes from time, but Everton held on to win for the first time in five league games to move up to sixth.

"The most important part of the game was to be back to winning," Ancelotti said.

"We lost energy in the second half, the players were tired. I changed to put more fresh legs on the pitch but we had to defend. In the end it went well."

Fulham remain one place above the relegation zone after their third defeat in four games. 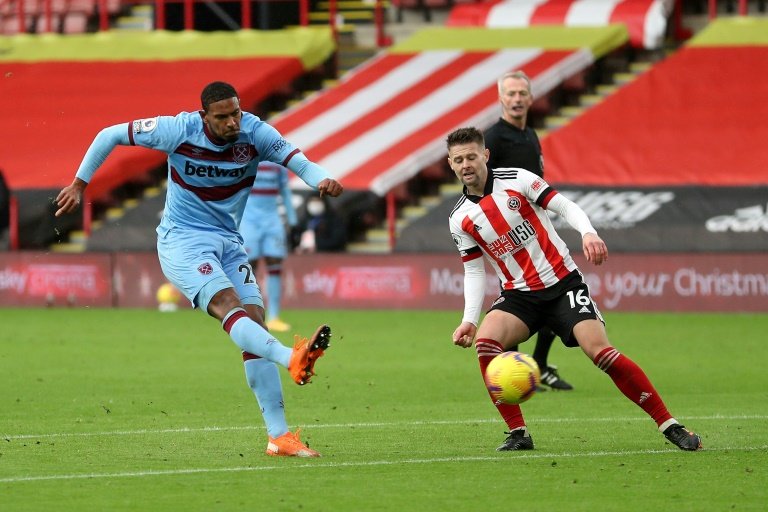 Bottom of the table Sheffield United's wait for their first win this season goes on after they were beaten 1-0 by West Ham at Bramall Lane.

Sebastien Haller scored the winner in the 56th minute with a fierce shot that flashed into the roof of the net to move the Hammers up to eighth.