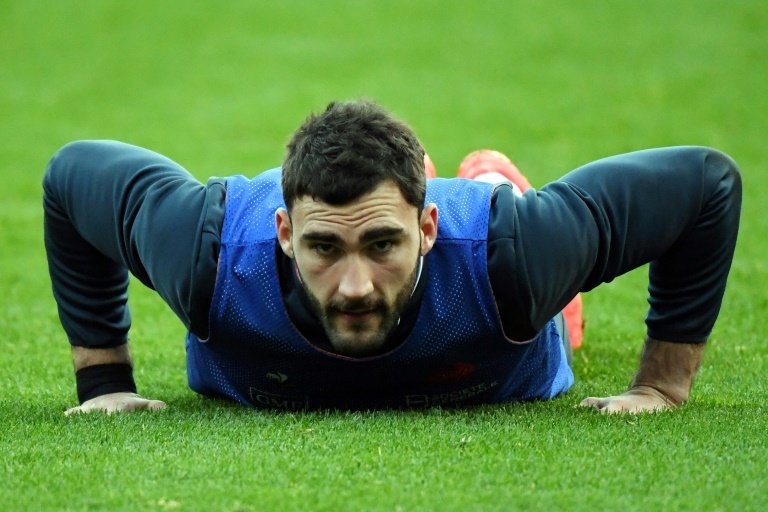 France captain Charles Ollivon says they 'learned a lot' from their Six Nations defeat by Scotland in March, their sole loss so far in 2020 / © AFP

France "learned a lot" from their Six Nations defeat by Scotland in March, their sole loss so far in 2020, captain Charles Ollivon said ahead of Sunday's Autumn Nations Cup match between the two sides.

France went down to an unexpected 28-17 loss in Edinburgh, which ultimately scuppered their run at a Grand Slam, England going on to claim the championship.

But Ollivon insisted Saturday that the Autumn Nations Cup, which has replaced the traditional November internationals against southern hemisphere nations that were cancelled because of the coronavirus pandemic, was "completely different from the Six Nations".

"The Six Nations is over. We've moved on to another tournament," the Toulon flanker said.

"But we're sticking to our goal of putting together a string of performances, to win matches. We're keeping the focus on us."

Ollivon's involvement in the Autumn Nations Cup comes to an end after the Scotland game, in line with an agreement between the national federation and the Top 14 that saw players turn out a maximum of three times.

"It's a bit strange but we're not in control of that sort of thing," he said.

"It just goes to show that you must make the most of every moment in blue... and give everything for the France team.

"It allows you to simply remain focused on the last match... but it doesn't pollute the spirit."

Ollivon acknowledged that since that March defeat in Edinburgh, the France team, under coach Fabien Galthie, had just continued working.

"We learned a lot from that match in March," he said. "We've now worked well all week.

"We reviewed what hadn't really worked and also the positive things. We all really care about having a very good match."

France head to Murrayfield on the back of four successive defeats there, including that loss in the Six Nations in March. Their last win in Edinburgh was in 2014.