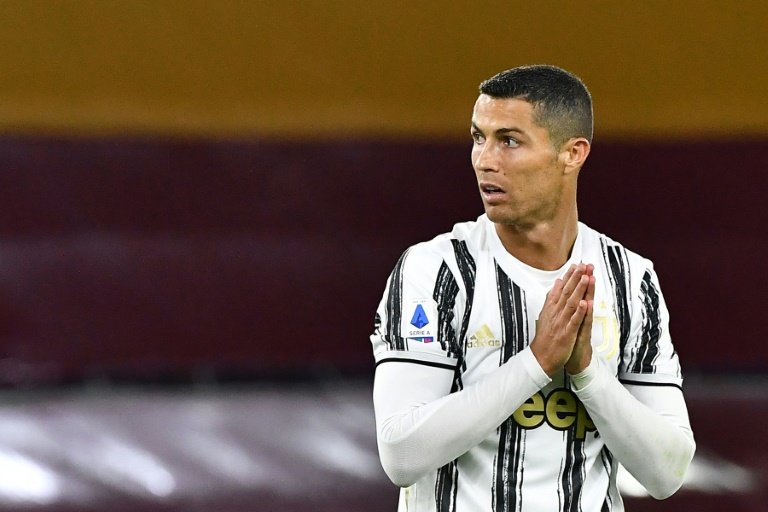 Portuguese star Cristiano Ronaldo has been left out of Juventus' team for Wednesday's Champions League clash against Barcelona in Turin, two weeks after testing positive for coronavirus / © AFP/File

Portuguese star Cristiano Ronaldo has been left out of Juventus' team for Wednesday's Champions League clash against Barcelona in Turin, two weeks after testing positive for coronavirus.

The 35-year-old, the top scorer in the history of the competition with 130 goals, needed to test negative 24 hours before the game against his great rival Lionel Messi's Spanish team.

A furious Ronaldo posted a photo on Instagram, with the comment: "Feeling good and healthy! Forza Juve! #finoallafine."

He added a comment on the swab tests used to detect the virus: "PCR IS BULLSHIT".

Ronaldo, who has more than 241 million Instagram followers, removed the comment after an hour an a half.

Ronaldo first tested positive for Covid-19 on October 13 while playing with Portugal, and has been in self-isolation since returning to Italy.

According to Portuguese TV1, the five-time Ballon d'Or winner has tested positive 18 times.

The match against Barcelona, which kicks off at 2000 GMT, will be the fourth missed by Ronaldo, who has no symptoms of the virus, and has posted photos of himself training on social media.

Footballing legends Ronaldo and Messi will now, all being well, meet in the reverse Group G fixture in Barcelona on December 8.

They have not faced off since the five-time Ballon d'Or winner left Real Madrid for Juventus in 2018.

Barcelona and Juventus both won their Champions League openers -- the Spaniards 5-1 at home against Hungary's Ferencvaros and the Italians 2-0 at Dynamo Kiev.

Juventus defender Leonardo Bonucci has been included in the list hours before kick-off having been uncertain with a thigh injury, with captain Giorgio Chiellini still out.

Andrea Pirlo faces Barcelona for the first time as a coach with his last Juventus game as a player a defeat by Barcelona in the 2015 Champions League final.