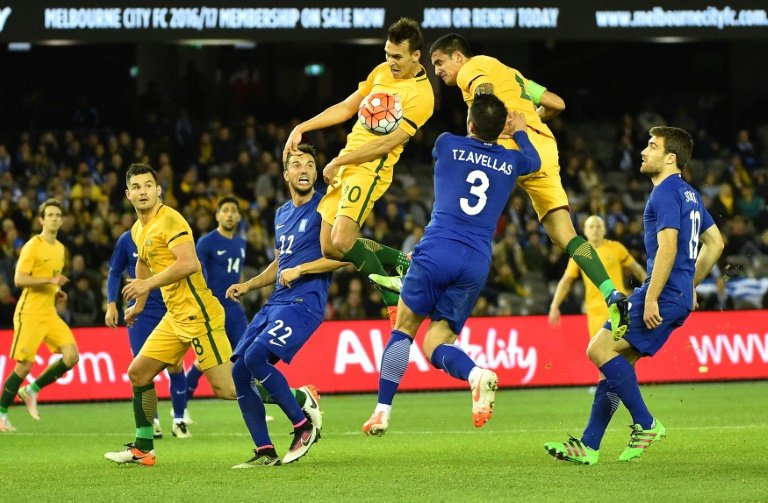 Australia abandoned plans Thursday for two friendlies in London next month against England and the United States due to the worsening coronavirus pandemic in Britain.

Graham Arnold's Socceroos were in advanced talks to assemble the national team in Europe for a training camp ahead of the two games.

No fixtures had been announced but officials told AFP one game would have been against England, replacing New Zealand, who pulled out earlier this month for similar reasons. Ireland will now play that match on November 12.

The other clash pencilled in for Australia was against the USA.

"As of late last week, plans for the Socceroos to play two international friendly matches in London next month were well advanced, and were close to being announced," Football Federation Australia said.

"Regrettably, the ongoing and worsening Covid-19 landscape across Europe has provided complexities and risks to assemble players from across Europe and Asia.

"Following the latest advice from medical professionals, FFA will not be proceeding with activities in Europe at this time."

The cancellation means the Socceroos will not have played a match or taken part in a training camp at all in 2020.

Britain has suffered Europe's worst death toll from coronavirus, with more than 44,000 deaths within 28 days of a positive test result.

After a summer lull, Covid-19 is spreading again across the country, as in other parts of Europe, with more than 26,000 new cases announced on Wednesday.