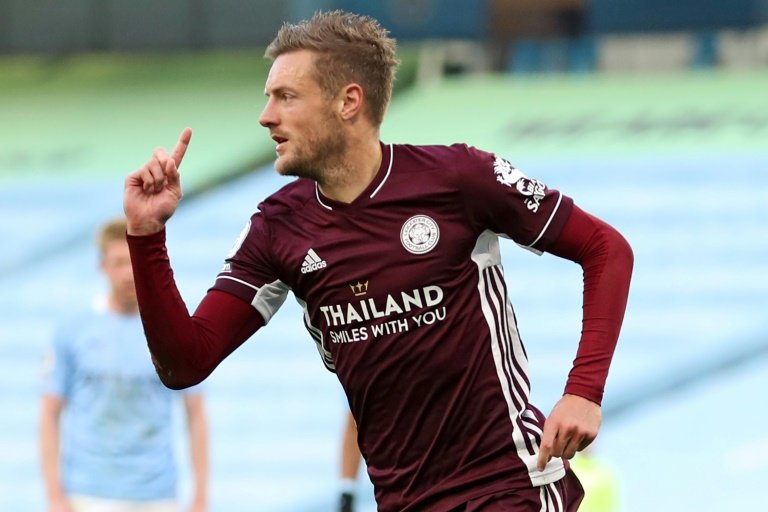 Hat-trick hero: Jamie Vardy scored his second hat-trick against Manchester City in a 5-2 win for Leicester on Sunday / © POOL/AFP

Jamie Vardy's hat-trick dealt an early blow to Manchester City's hopes of wrestling back the Premier League title as they conceded three penalties in a 5-2 defeat to Leicester, while Newcastle's late spot-kick to snatch a 1-1 draw at Tottenham sparked fresh debate over the handball rule.

City were without a host of first-team regulars due to injury and coronavirus infections, but the deficiencies at the back that undid their title defence last season were again exposed by the pace and finishing prowess of Vardy as a Pep Guardiola team conceded five for the first time in his coaching career.

Leicester stormed to the top of the league, but had to come from behind to extend their perfect start to the season as Riyad Mahrez's stunning strike against his former club opened the scoring after just four minutes.

"The problem was we put extra pressure on ourselves to score the second and third," said Guardiola. "We need to be more calm, we don't have the players to attack the box that we need.

"I am not going to give up, I am going to try to find solutions."

City are reportedly close to signing Benfica centre-back Ruben Dias and the need for defensive cover was obvious as Vardy tore apart the experimental pairing of Eric Garcia and Nathan Ake.

"We set up to infuriate them and it has worked a treat," said Vardy. "We knew if we stuck to our plan we would get some chances."

It was the more experienced Kyle Walker who was at fault to start Leicester's revival as he brought down Vardy, who slammed home the resulting penalty.

Vardy this time slotted low past Ederson and James Maddison killed off a jaded City with a sumptuous curling effort into the top corner.

Ake pulled a goal back six minutes from time from Mahrez's corner, but after Vardy had made way, another idiotic City challenge, this time form Benjamin Mendy, allowed Your Tielemans to score Leicester's third penalty 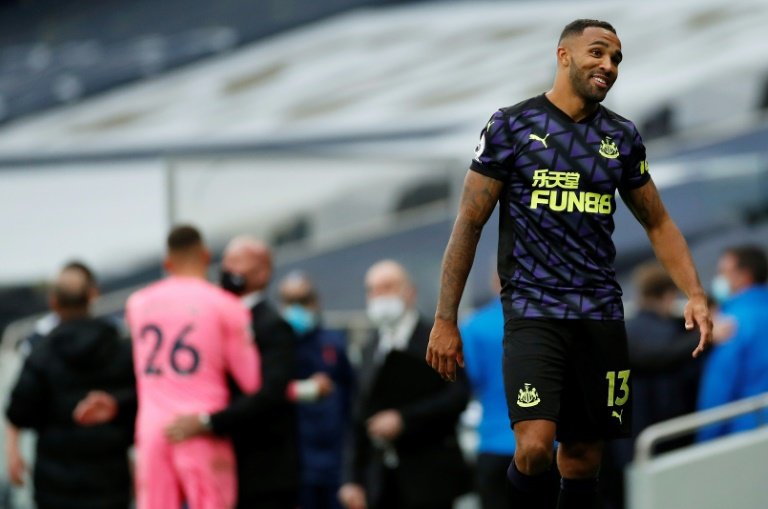 Tottenham find themselves already five points behind the Foxes and Everton at the top of the table after letting two points slip away from a dominant display against Newcastle.

Lucas Moura's predatory finish on 25 minutes was all Spurs had to show from a first-half littered with chances as Karl Darlow made three fine saves from Harry Kane and Son Heung-min hit the woodwork twice.

Newcastle had not even registered a shot on target until they were awarded a penalty five minutes into added time when Andy Carroll's header brushed the arm of Eric Dier and referee Peter Bankes pointed to the spot after reviewing the incident on the pitchside monitor.

Hugo Lloris got a hand to Callum Wilson's penalty but could not keep it out with even the Magpies boss Steve Bruce embarrassed to have escaped with a point.

"It is a total nonsense," said Bruce of the penalty award. "We should be jumping through hoops, but I would be devastated if that was us." 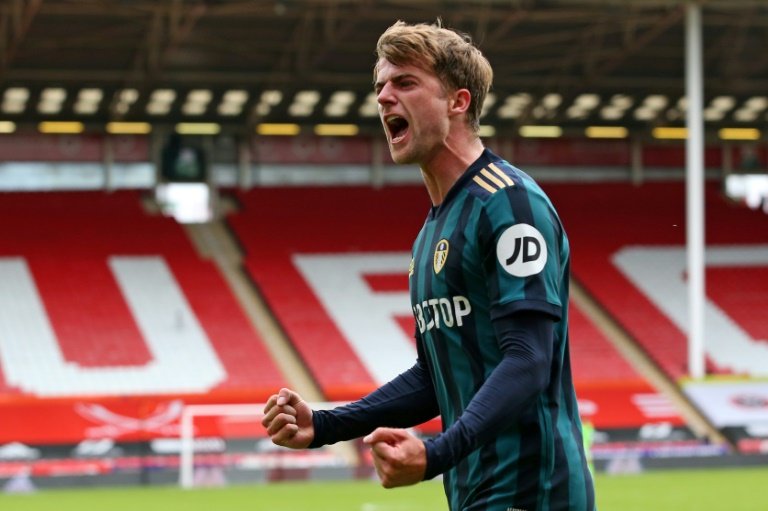 Leeds' fine start on their return to the Premier League after a 16-year absence continued as Patrick Bamford scored a dramatic late winner to win a Yorkshire derby against Sheffield United 1-0.

After pushing Liverpool all the way in a 4-3 defeat on the opening weekend of the season, Marcelo Bielsa's men have won their next two with the much-maligned Bamford scoring in all three games so far.

The Blades remain without a point or a goal this season after impressing to finish ninth on their return to the top-flight last season.

West Ham got their first league win of the season in style with a 4-0 win over Wolves despite the absence of manager David Moyes due to coronavirus.

Moyes was still taking charge from home as he was in communication with his staff and will have enjoyed what he saw as Jarrod Bowen curled them into a deserved half-time lead.

Bowen doubled his tally on the rebound after Pablo Fornals hit the post before Raul Jimenez's own goal and Sebastien Haller rounded off an impressive performance from the Hammers.