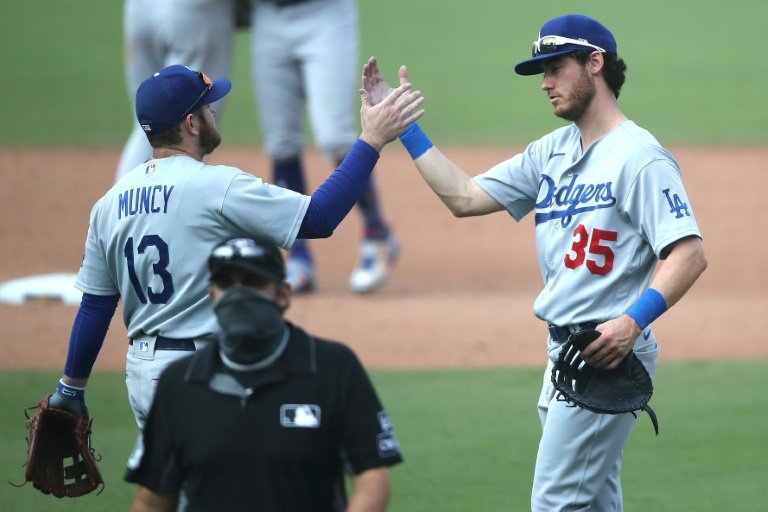 The win, in the rubber match of a three-game series, increased the 35-15 Dodgers' won-loss lead on the Padres to 3 1/2 games in the National League West standings.

Right-hander Dustin May entered the game in the third inning and held the Padres to three runs on three hits over 5 1/3 innings.

The Dodgers took the lead for good in the third when Max Muncy belted a tie-breaking RBI double off Joey Lucchesi and Will Smith followed with a single to drive in another run and made it 3-1. Smith finished with three RBIs.

Los Angeles broke it open with three runs in the fifth. Taylor scored the Dodgers' final run with a homer off Garrett Richards to lead off the sixth, making it 7-1.