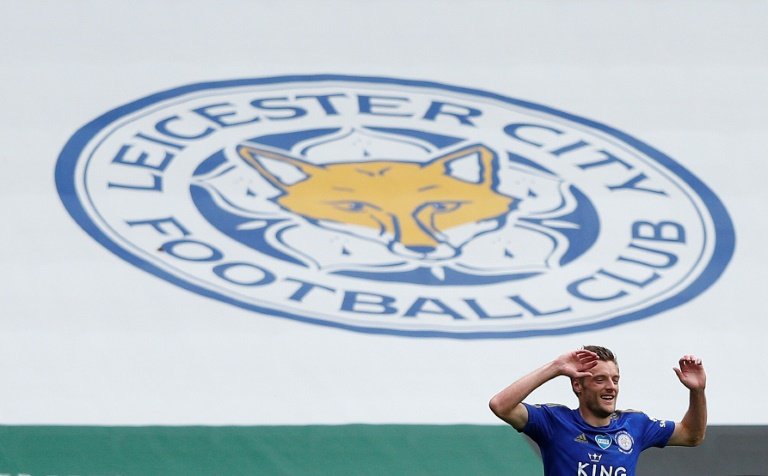 Brendan Rodgers says Jamie Vardy's decision to stay at Leicester has cemented his legacy at the King Power Stadium after the striker joined the Premier League's "100 club".

The striker turned down the chance to join Arsenal in 2016, just weeks after spearheading the Foxes' Premier League title success.

Other members of that Leicester team including N'Golo Kante, Riyad Mahrez and Danny Drinkwater made big-money moves.

On Saturday Vardy, 33, scored his 100th Premier League goal, 206 games after becoming the first £1 million ($1.25 million) signing from a non-league club (Fleetwood Town) when he joined Leicester in 2012.

Of the 29 players to have become Premier League centurions, only Ian Wright (28 years 286 days) made his debut in the competition at an older age than Vardy (27 years 232 days).

"It's hard to knock players if they do want to move on because their careers are so short but he's obviously felt really comfortable.

"He's found a real home here. He is adored by the supporters and they absolutely love him."

Vardy scored twice in the Foxes' 3-0 win against Crystal Palace on Saturday, reaching the 100 milestone with the first of those goals.