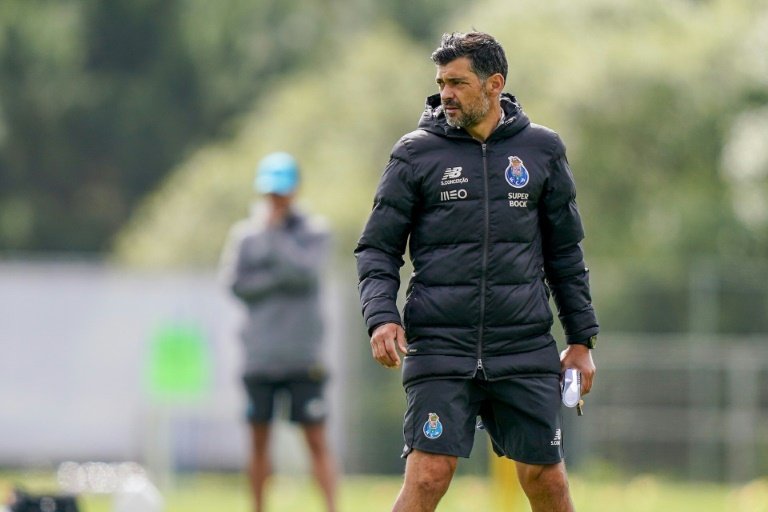 Portuguese football will restart Wednesday after a long coronavirus shutdown but its resumption has been plagued by bickering over stadiums, plans to allow five substitutes and proposals to broadcast matches on free-to-air television.

The Primeira Liga will become the second leading European league to resume its season, following Germany's Bundesliga, which returned last month with games behind closed doors and strict health measures.

Similar medical protocols will apply in Portugal, where competition has been on hold since March 12, but unlike in Germany, certain recommendations were at odds with the interests of some clubs.

Health authorities called for games to be staged "in the fewest number of stadiums possible". Ultimately, 16 of the 18 top-flight clubs will play at their home ground.

The two exceptions are Santa Clara, a club based on the Azores in the Atlantic Ocean, and Belenenses, who no longer play at their historic Belem home after a split with the club's parent company. Both will instead use the national team's training complex near Lisbon.

Adding to the rancour, Maritimo are blocking the league's proposal to allow five substitutions -- up from the standard three -- to ease the physical strain on players. The club from the island of Madeira will, unlike Santa Clara, continue to play at home despite the travel it entails.

"At first there were instructions from the Directorate-General of Health, which seemed reasonable and balanced. But when they were put into place things degenerated," Sergio Pereira, who runs the "Mais Futebol" website, told AFP.

Once this week's games are completed, league president Pedro Proenca, a former international referee, is set to face his critics at a general assembly on Monday convening warring clubs.

Benfica president Luis Filipe Vieira said on Monday to being "outraged" by an open letter from Proenca asking for politicians' help so matches could be shown on free-to-air channels, in an attempt to stop supporters from gathering in groups to watch.

FC Porto have accused Vieira of leading a revolt against the league.

Several clubs, including Benfica and Braga, objected to Proenca interfering with the subscription channels who pay for the league's broadcasting rights.

Games will remain on pay-TV channels, requiring a significant police presence to prevent fans from gathering without respecting social distancing.

That hasn't stopped Porto's main group of ultra supporters from announcing they will accompany the team on their 35-kilometre trip to Famalicao on Wednesday, giving their backing from the hotel before taking up positions outside the ground.

As a result, the resumption has created "lots of concerns for football officials, politicians and the general public. Everyone should have shown responsibility, but that's not the case," said Pereira.

"It's always like that in Portugal. The clubs make some noise and nobody has the courage to confront them," he said, adding that "each club took the measures it wanted".

Benfica, one of four teams to record a COVID-19 case once training restarted in early May, put their squad into quarantine last Friday, but that approach has not been adopted by most clubs.

Porto lead defending champions Benfica at the top by a single point with 10 round of matches to be played.

The Portuguese Cup final, which traditionally marks the end of the season, has also received the green light but no date has yet been fixed for the showdown between the league's top two.