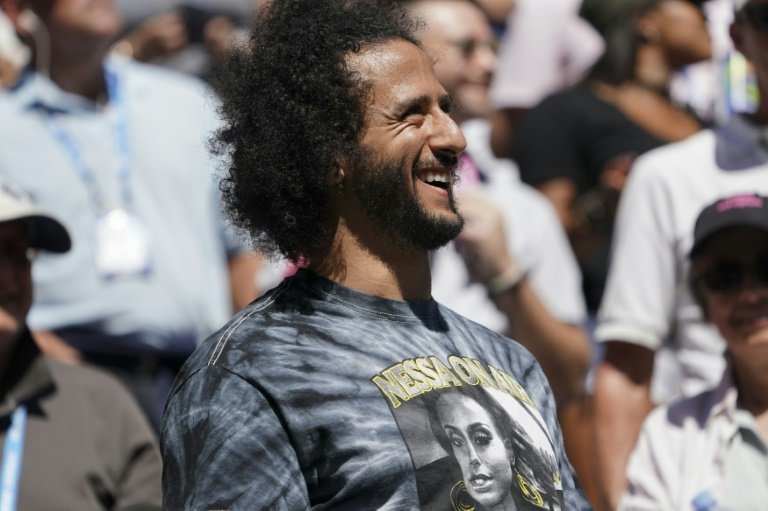 The girlfriend of exiled NFL quarterback Colin Kaepernick rushed to his defence on Saturday after the league listed his status as "retired" on its website.

Nessa Diab complained about the designation in a social media post, saying that the 32-year-old former Super Bowl runner-up is still seeking a job with an NFL team.

"Thank you to everyone who held the @NFL accountable for falsely reporting that Colin 'retired' on their website," Diab tweeted.

"They heard you loud & clear bc the NFL put the accurate description that @Kaepernick7 is a Unrestricted Free Agent (UFA). Tell them to stop denying him employment."

The website listing was changed on Saturday from "retired" to "UFA", an unrestricted free agent.

Kaepernick has not personally commented. Several readers pointed out that the NFL website regularly lists players that have not played in a long time as retired. Tim Tebow has the same tag but has never retired either.

Kaepernick has not played in the NFL in four years. In 12 games with the San Francisco 49ers in 2016, he completed 59.2 percent of his passes, threw 16 touchdowns and four interceptions.

He filed a grievance with the NFL in 2017 alleging the owners conspired to keep him out of the league after he sparked a kneeling campaign to protest treatment of blacks in America.

In February 2019 he settled for an undisclosed amount of money.

That same month multiple US media outlets reported Kaepernick was in talks with the Alliance of American Football about a job but wanted a guaranteed $20 million per season. At the time XFL quarterbacks were making an average of $250,000 a year.

Last November, Kaepernick balked at an NFL-arranged workout for all 32 teams and instead decided at the last minute to stage his own on an Atlanta-area high school field which was attended by scouts from eight teams.

A second-round draft pick in 2011, Kaepernick started 58 games over six seasons with the 49ers and passed for 12,271 yards with 72 touchdowns and 30 interceptions.

During the 2012 season, he led San Francisco to Super Bowl XLVII, a 34-31 loss to the Baltimore Ravens.