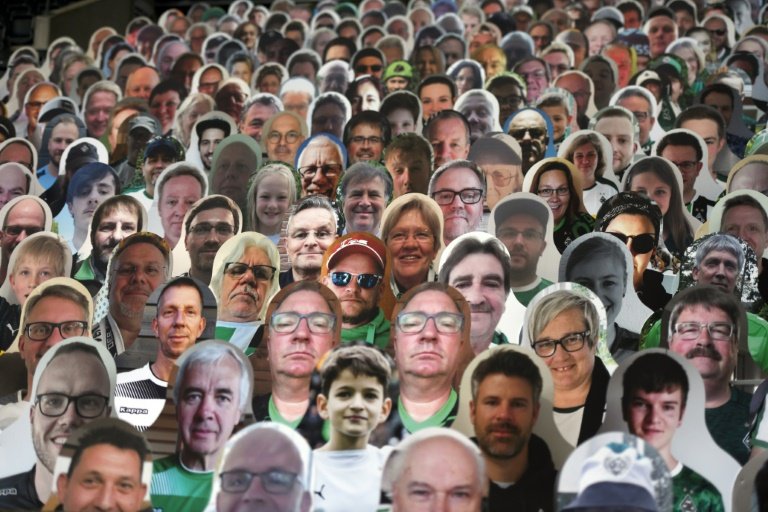 Who was saying what in the Bundesliga this weekend:

"Mentally it was not easy, because we won the first match 8-0. We had at least 11 unmissable chances, and that's not bad against an opponent who play that deep."

-- Leipzig coach Julian Nagelsmann on Sunday's 5-0 rout of Mainz which followed an 8-0 romp in the first meeting between the two sides this season.

"We were extremely stupid at the start."

"Down on the sidelines, we couldn't hear any fan chants (from Beckenbauer and Hoeness), we'll have to talk about that internally, I think!"

-- Thomas Mueller on having former Bayern presidents Franz Beckenbauer, 74, and Uli Hoeness, 68, watching in the stands - observing social distancing with empty seats between them and wearing face masks - during Saturday's 5-2 win over Eintracht Frankfurt.

-- Thomas Ludwig, a Borussia Moenchengladbach supporter, on the decision to install cardboard cut-out images of fans to fill empty seats after supporters were banned in the light of the coronavirus. 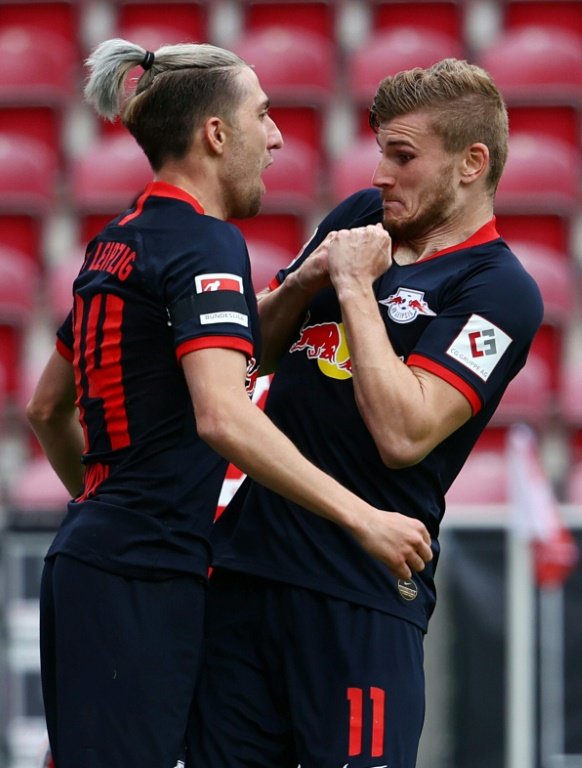 "It looks great, doesn't make any noise, but creates a certain atmosphere."

-- Gladbach right-back Stefan Lainer after playing in front of the silent figures.

"Obviously we love having the fans. There is nothing more beautiful than playing these matches against Dortmund here at Allianz Arena or Dortmund. But it's our job, and we will show that even without spectators we are able to play football with passion."

-- Bayern's Thomas Mueller on the absence of spectators at Tuesday's top of the table duel with Dortmund.

"We don't really know how to get into these games without spectators, but I expect us, and myself, to go to our limits anyway."

"He saved our lives. Who knows what would have happened if he hadn't reacted so quickly? That's why the goal celebrations went to him."

-- Dimitrij Nazarov of second division Erzgebirge Aue who hugged team manager Thomas Romeyke after scoring the only goal in the 1-0 win at Nuremburg. Romeyke doubles up as the team's bus driver and was widely praised for his quick-thinking at the wheel in a motorway accident on the way to the game.

"Of course, we are in a situation that the body is not used to. I'm not one hundred percent in shape, I'm still a bit short of breath. You will see in the next weeks that teams will lose control of the game more often."

-- Borussia Dortmund midfielder Thomas Delaney on the lack of match fitness after a two-month suspension of the league.

"It would have been fantastic if we could have played a game like that in front of 75,000 spectators. But I hope that the fans at least had fun in front of their TVs."

-- Hertha Berlin coach Bruno Labbadia after the 4-0 win over Union inside an eerily empty Olympic Stadium in the German capital.