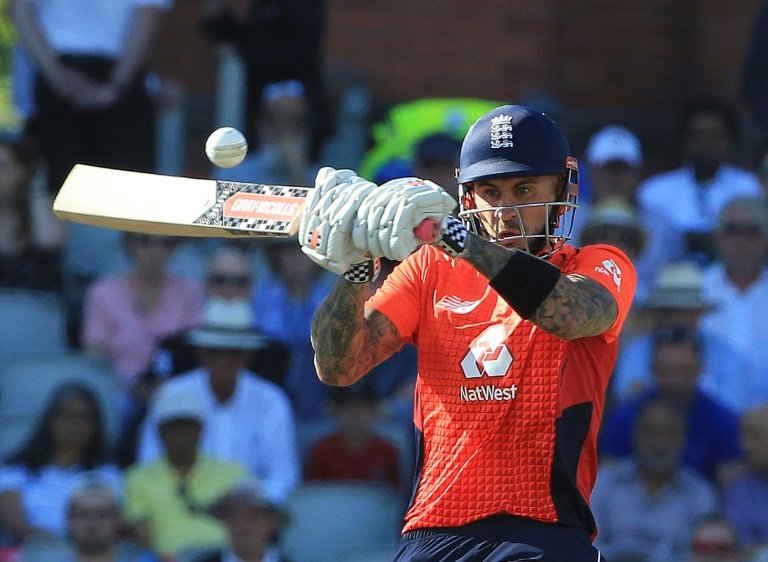 Alex Hales deserves a "second chance" with England after being sent into international exile as a result of recreational drug use, according to Chris Woakes.

Opening batsman Hales was dropped from the World Cup squad shortly before last year's tournament after it emerged he had tested positive for drugs.

England went on to win the event on home soil in dramatic fashion without him and he has not played international cricket since.

Despite his months in the wilderness, there is speculation Hales could be in line for a white-ball recall.

England are set to announce separate Test and one-day squads as they bid to complete a full international home programme against the West Indies, Pakistan, Australia and Ireland despite the coronavirus pandemic.

And the Twenty20 World Cup in Australia is still scheduled to take place later this year.

Warwickshire all-rounder Woakes, asked about the prospect of Hales playing for England again, told reporters on Friday: "I don't know 100 percent if it's the right decision, it's not my call.

"I'm a believer that people serve their time, so to speak. He's gone through a tough time being left out of the World Cup and going on to see that team lift the trophy must have been difficult for him.

"I think if people have gone away for a time and worked on their weaknesses they should be allowed a second chance."

Nottinghamshire's Hales was the second-highest run-scorer in Australia's most recent Big Bash and has three of the five highest scores in England's T20 history, including the highest of 116 not out against Sri Lanka.

His 171 against Pakistan at Trent Bridge in 2018 is second only to Jason Roy's 180 as England's highest individual score in one-day internationals.

It was only earlier this month that England white-ball captain Eoin Morgan said Hales' behaviour had been "extremely harmful".

Nevertheless, Woakes said there was no questioning the 31-year-old's talent, adding that Hales could be re-integrated into the England squad.

"Alex is a world-class player," Woakes said. "I have played a lot of cricket with him from a young age actually.

"In a way I felt sorry for him but I understand the decision from the management, captain and rest of the team. I don't 100 percent know what will happen but I'd be happy to see Alex back in England colours."

He added: "We have a culture and an environment in the England squad where we all try to pull in the right direction.

"If Alex is willing to do that, then I imagine everyone would be happy to see him back playing for England."