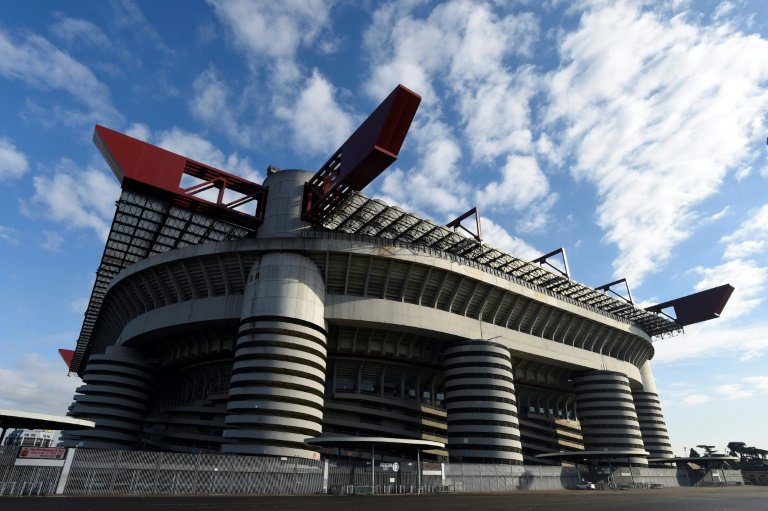 The San Siro is of of 'no cultural interest' a heritage panel ruled, clearing a potential obstacle to its demolition / © AFP/File

Milan's San Siro stadium is closer to being demolished after Italy's heritage authority found that the iconic stadium cannot be protected for cultural or historic reasons.

"The property named 'Giuseppe Meazza Stadium (San Siro) has no cultural interest and as such is excluded from the protection provisions," the Lombardy region of Italy's cultural heritage ministry wrote in a report, according to the AGI news agency.

AC Milan and Inter Milan, who share the stadium to the west of the city, have launched their bid to knock down the San Siro and build a new 60,000-capacity home on the same site.

City authorities have been divided over the project and requested the opinion of Italy's heritage authorities.

The report found that as the San Siro has undergone continuous transformation since being built in 1926, with only a small part of the original stadium remaining, it would not be subject to protection.

Although approval from Italy's heritage body is not the final decision, it could be an important step towards both teams' hope of redeveloping the site.

The clubs want to build a new ground adjacent to the current San Siro, while the old stadium would make way for an area "dedicated to sports, entertainment, and shopping".

The two clubs presented their projects last September and estimated that it would require an investment of 1.2 billion euros ($1.34 billion).

Milan Mayor Guiseppe Sala insists he wants to renovate the existing stadium so that it could celebrate its centenary in 2026 by hosting the opening ceremony of the Winter Olympics that year.

Both clubs are former European giants with AC Milan having won the Champions League seven times while Inter were the last Italian team to win the European title, when they lifted the trophy for the third time in 2010.

Neither have won the Serie A title since AC Milan triumphed in 2011.