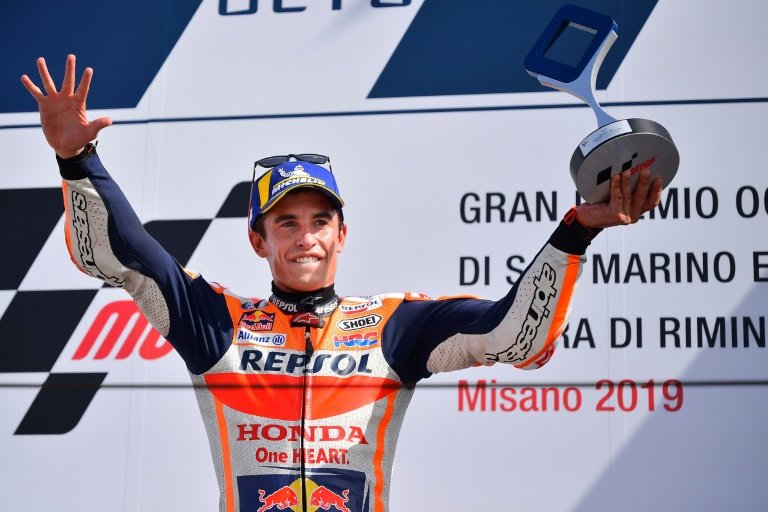 MotoGP world champion Marc Marquez has extended his contract with Honda until the end of 2024, the Japanese team announced Thursday.

"Honda Racing Corporation are delighted to announce six-time MotoGP world champion Marc Marquez has signed a four-year extension of his contract and will continue to race with the factory team until at least December 2024," the team said in a statement.

Marquez, 27, said he was "proud" to remain with the team who gave him his start in the sport.

"Honda gave me the opportunity to arrive in the MotoGP class with a factory bike in 2013," he said.

"Since the first year we have achieved success together and I am very happy to continue being part of the Honda family."

Since joining Honda after winning the Moto2 championship in 2013 Marquez has won six of the last seven MotoGP world titles. All told, he has won 56 Grand Prix, with Honda.

The Marquez brothers will join the rest of the grid in Qatar next week for the final pre-season test ahead of the first race of the new season at Qatar's Losail International circuit on March 8.