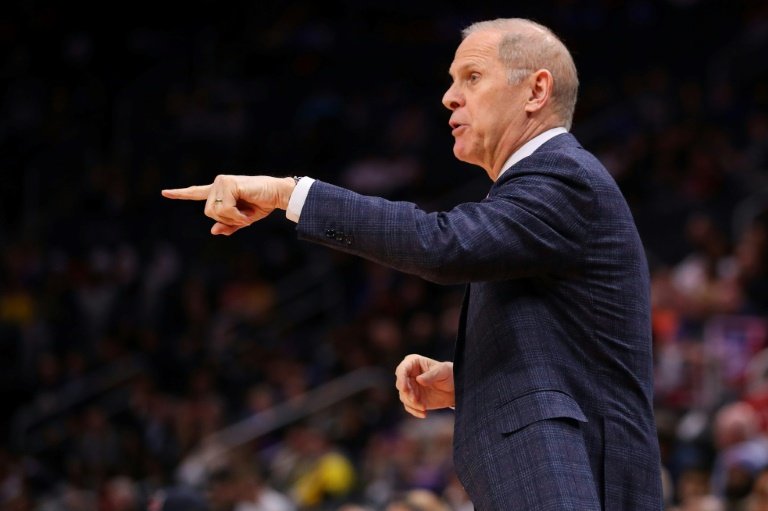 John Beilein, unable to spark the moribund Cleveland Cavaliers above the second-worst record in the NBA this season, resigned as coach of the struggling club on Wednesday.

The 67-year-old American, who left the University of Michigan coaching post last May after 12 seasons to take charge of the Cavs, will be reassigned to a different role within the organization, the team announced.

"Over these last nine months, I have given my all to this organization, but after much reflection, I have decided that it is best that I step back and resign from my position as head coach of the Cleveland Cavaliers and assist the organization in a different capacity," Beilein said.

The Cavaliers, who return to action Friday at Washington, were 14-40 at the NBA All-Star Game break, last in the Eastern Conference with only Golden State (12-43) owning a worse record.

Beilein struggled to calm a locker room issue after claiming he misspoke when telling his team they were no longer playing like a bunch of "thugs".

The Cavs snapped a 12-game home losing streak just before the break but have lost five games in a row or more five different times this season.

"This was a very difficult decision for me, but I want to be clear -– this was my decision to step down and I truly appreciate the understanding and support of the front office during this time," Beilein said.

"I find losing very challenging and this year has taken a much bigger toll on me than I expected. I grew concerned for the consequences this toll could potentially take on my own health and my family's well-being down the road."

Cavaliers general manager Koby Altman praised Beilein's impact as he looked to trying to rebuild the club in the wake of LeBron James leaving for the Los Angeles Lakers in 2018 after lifting the club into the NBA Finals for four consecutive years. They went 19-63 last season.

"We understand and respect his decision to step down," Altman said. "I was excited about the development of our young players, who have all shown growth and maturity under coach Beilein.

"The NBA is a unique business that sometimes requires aggressive risk-taking on important long-term decisions to move a franchise forward and ultimately compete for championships."