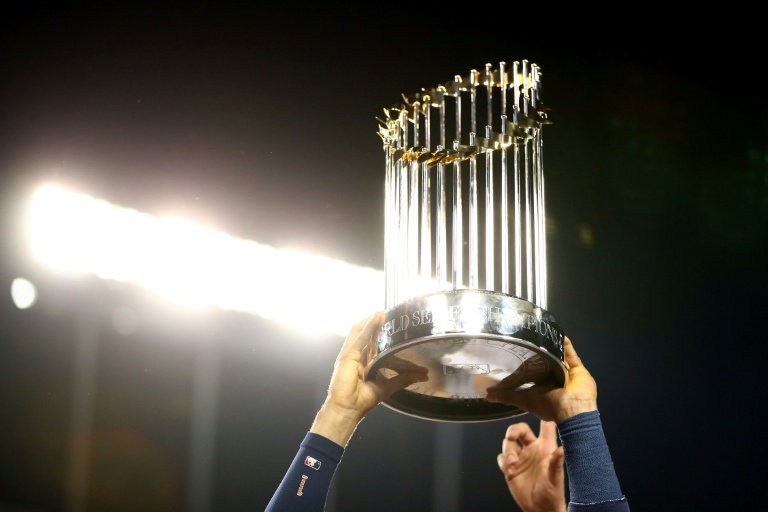 Major League Baseball commissioner Rob Manfred defended his decision not to strip the Houston Astros of their scandal-tainted 2017 World Series crown on Sunday, saying removing the title would have been a "futile" act.

In an interview with ESPN, Manfred said the league had considered taking the 2017 title away from the Astros but had been reluctant to impose what would have been an unprecedented sanction.

The Astros were fined $5 million by the league for using an illegal, technology-assisted system to record and decode signals from opposition pitchers during their championship-winning campaign three years ago.

Astros manager AJ Hinch and general manager Jeff Luhnow were banned for the entire 2020 season over the scandal and subsequently fired by the club.

No players however have faced punishment over the cheating furore, which has been compared to some of the most notorious scandals in baseball history, from the rigged World Series in 1919 to the steroid era of the 1990s.

Manfred told ESPN that the league had given serious consideration to stripping the Astros of their World Series.

"In the context of my original decision, (it was) something that we talked about and analysed extensively," Manfred said.

"A big topic of conversation between me and my senior staff. It has never happened in baseball. I am a believer in the idea that precedent happens and when you deviate from that, you have to have a very good reason.

"The report gave people a transparent account of what went on. We put people in position to make their own judgments about the behavior that went on. That certainly has happened over the last month."

Manfred said the exhaustive detail revealed by the MLB investigation into the scandal would mean that the Astros' achievements would remain under a cloud.

"The idea of an asterisk or asking for a piece of metal back seems like a futile act," Manfred said.

"People will always know that something was different about the 2017 season, and whether we made that decision right or wrong, we undertook a thorough investigation, and had the intestinal fortitude to share the results of that investigation, even when those results were not very pretty."

Manfred also added he believes Astros players, while not being directly sanctioned, have suffered by having to face questions about the scandal and admit their guilt during pre-season.

"I understand people's desire to have the players pay a price for what went on here," Manfred said.

"I think if you watch the players, watch their faces when they have to deal with this issue publicly, they have paid a price."

Manfred meanwhile said the league planned to warn opposition pitchers from taking the law into their own hands when facing the Astros batters this season.

Some MLB pitchers have hinted that the Astros players may be targeted with pitches aimed at the body this year as retribution for the scandal.

Manfred said a memo would be sent to teams warning them not to rough up the Astros.

"It is simply not appropriate to express whatever frustration you may have growing out of the Astros situation by putting someone physically at risk by throwing at them," Manfred said. "It's just not acceptable."