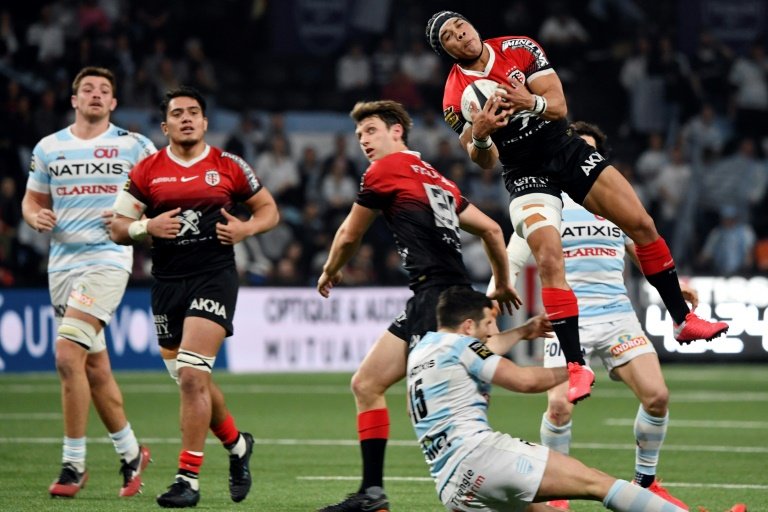 Springboks' World Cup winner Cheslin Kolbe said on Sunday he was holding discussions with the South African Rugby Union to play at this year's Tokyo Olympics.

Kolbe, 26, who won a bronze medal at Rio 2016, said in November he was eyeing winning gold but had yet to speak to the governing body about featuring in Japan between July 27-August 1.

"I am in talks with them but there has to be decisions made whether I can go or if I have to stay. We still have to wait on that decision," he said after Toulouse's late 30-27 defeat at Racing 92 in the French Top 14 on Sunday.

"Playing in the Olympics, representing your country at one of the biggest stages of the world is a big opportunity. If I can go it will be a blessing. I also don't want to get ahead of myself," he added.

Kolbe said at the end of last year he wanted to add Olympic success to his trophy-laden 2019 where he won the World Cup, The Rugby Championship and the French Top 14 title.

"There are two more things I would still love to achieve and that's probably winning the European Champions Cup and hopefully the Olympics with South Africa," he said.

Despite kicking 10 points on Sunday, while playing out of positon at fly-half, Kolbe's Toulouse were beaten at La Defense Arena in Paris.

Both sides had five players unavailable due to their Six Nations committments including the visitors' in-form half-back pair of Antoine Dupont and Romain Ntamack.

But Scotland's Finn Russell played his first Racing game since missing the first two rounds of the Six Nations for disciplinary and personal reasons.

Pita Ahki, Sofiane Guitoune and uncapped Lucas Tauzin, who has been called up to Les Bleus' squad for injured Julien Heriteau, crossed for the reigning champions who remain eighth in the Top 14 standings, just a point off the play-off spots.

Former New Zealand Under-20 centre Ahki opened the scoring for Toulouse on 13 minutes with his third try of the campaign after the hosts dominated the early territory.

Racing took the lead for the first time as Fabien Sanconnie scored off the back of a rolling maul and Machenaud's conversion made it 10-7 after 25 minutes.

Lucas Tauzin's touchline diving try after half an hour and Kolbe's following conversion took the hosts back into the lead.

Kolbe kicked the first penalty of his senior career five minutes later before the hosts equalised 72 seconds into added time at the end of the first half as Dorian Laborde crossed in the corner.

Machenaud put his side back on top with his second penalty before Toulouse reclaimed their hold on the match. 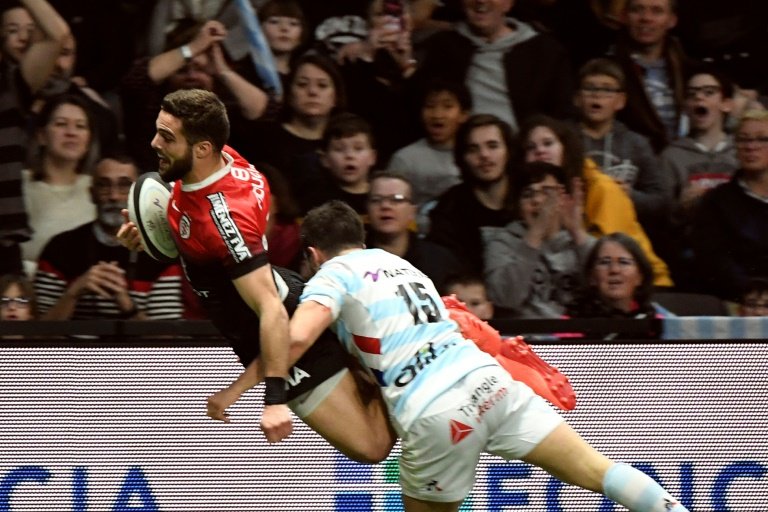 Sofiane Guitoune intercepted Russell's pass on his own 22-metre line and the centre ran in unopposed under the posts for a 24-22 lead with half an hour to play after Kolbe's conversion.

Kolbe stretched the Toulouse lead to 27-20 with a quarter of the game to play with a mammoth 47-metre penalty.

Teddy Iribaren replaced Machenaud and made it 27-23 with eight minutes left with a three-pointer from in front of the posts.

Kolbe made his first error from the tee with three minutes to play, missing a penalty.

Then Klemenczak dived over in the corner for the winning score.

Earlier on Sunday, Fiji winger Filipo Nakosi scored his first try of the season as Castres beat bottom-side Agen 43-24 to move up to 10th place.

On Saturday, Nakosi's fellow countryman Semi Radradra dotted down twice as Bordeaux-Begles leapfrogged Lyon to the top of the table with a 37-19 win at a sold-out Stade Chaban-Delmas.