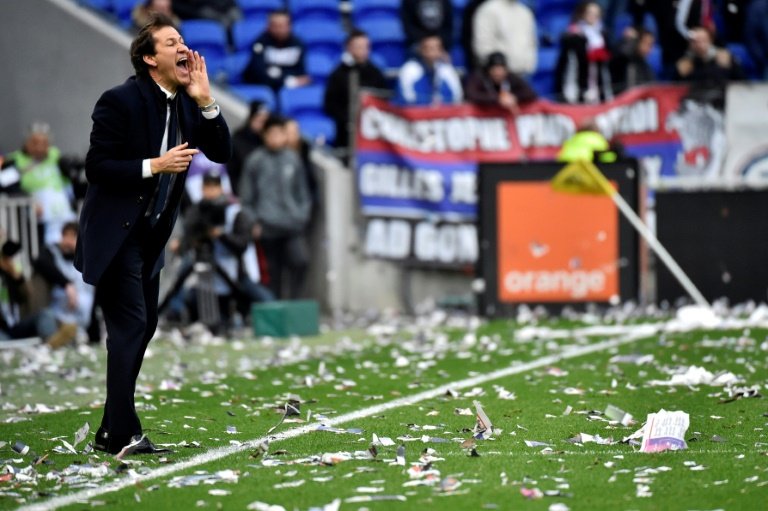 Lyon's poor form in Ligue 1 continued on Sunday with a 1-1 home draw against Strasbourg at a blustery Groupama Stadium that leaves them languishing in mid-table.

Rudi Garcia's side are 10th on 34 points after a fourth match without a win, one in which the away side struck the post twice late on.

"We didn't create enough goal-scoring opportunities and we didn't shoot enough at goal. We didn't do enough as the home side."

Strasbourg, who sit seventh, three points away from the European places, were level just before the break.

Kevin Zohi latched onto Majeed Arsis's through ball and slotted home as the Lyon defence and the linesman had their arms aloft for offside.

The goal was initially ruled out but a VAR check showed that Zohi was onside before he fed his finish in off the post.

The hosts struggled to break down Strasbourg in the second half. The visitors came within inches of snatching the win in the dying moments.

With three minutes left Kenny Lala curled a shot off the post.

Then Strasbourg somehow failed to grab the winner in stoppage time.

Dimitri Lienard's free kick from the touchline slapped the base of the post and sprung out to Alexander Djiku, who from centimetres out knocked the ball wide of the other upright as his teammates looked on in horror.

Later, Marseille will be looking to to bounce back from Wednesday's French Cup exit at the hands of Lyon by strengthening their grip on second place with a win at Lille without star man Dimitri Payet.

Andre Villas Boas' side are eight points ahead of third-placed Rennes, who suffered a shock 1-0 home defeat to Reims on Sunday, while Lille will take third and the last Champions league spot should they end Marseille's 13-match unbeaten run in Ligue 1.

Brest moved seven points clear of the relegation zone after a 3-2 win against Saint-Etienne that plunges the 10-time French champions to within just two points of the drop.