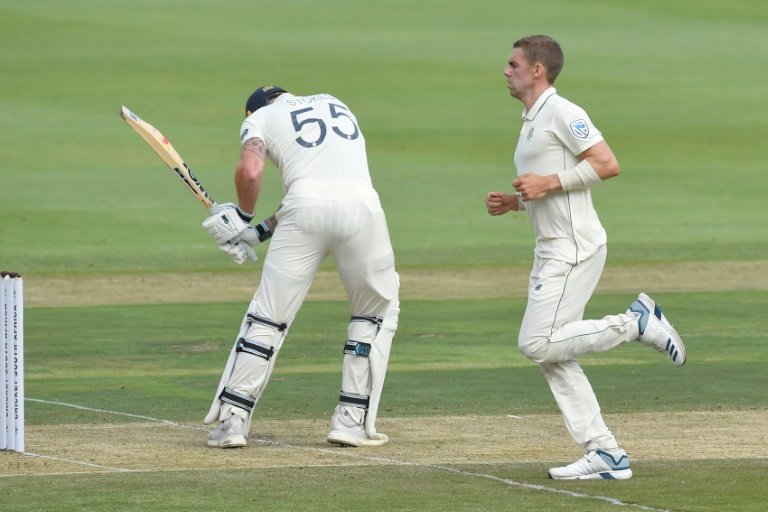 That's out: Ben Stokes is dismissed by Anrich Nortje / © AFP

World cricketer of the year Ben Stokes had an angry altercation with a spectator after being dismissed on the first day of the fourth and final Test against South Africa at the Wanderers Stadium on Friday.

Stokes, the outstanding player in a series which England lead 2-1, stopped briefly as he left the field and appeared to challenge a spectator, who evidently insulted him after the player was out for two.

"Come say that to me outside the ground, you fucking four-eyed cunt," Stokes said, according to television footage captured as he left the field and started to climb the steps leading to the dressing room.

A clip of the incident was immediately distributed on social media.

The England all-rounder, who had been dismissed for just two, could face disciplinary action for uttering an audible obscenity, which is a level one offence according to the International Cricket Council's code of conduct.

England media manager Danny Reuben said after play that Zak Crawley, the England player appearing at a close-of-play press conference, would not answer questions on the incident.

England were 192-4 at the end of the rain-shortened first day.