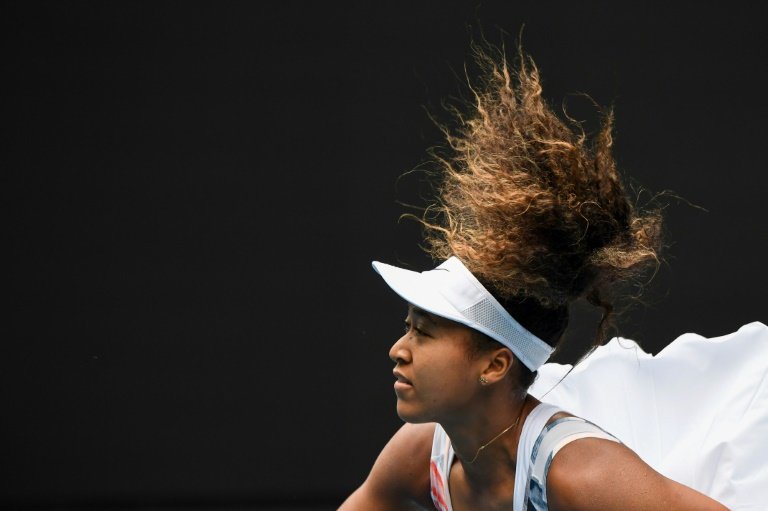 The 22-year-old Japanese, the world's second highest-paid female athlete after Serena Williams, powered through 6-2, 6-4 in 80 minutes.

The two-time Grand Slam champion, one of the prime threats to Williams's bid to win a record-equalling 24th major, will play China's Zheng Saisai in round two.

Thrid seed Osaka saw her victory march held up for a few minutes early in the second set after a fizzing serve clocked at 183 kilometres per hour (114 miles per hour) damaged a net tether at the 15,000-capacity Rod Laver Arena.

"Broke the net today," Osaka tweeted afterwards to her more than 500,000 followers, along with a video of three maintenance personnel rushing onto court to repair the broken fixture.

Osaka, who endured a turbulent 2019 after winning in Melbourne 12 months ago, was relieved to overcome the 59th-ranked Bouzkova safely.

"It was really tough for me trying to control my nerves," she said. "It's tough to play someone you've never played before in the first round of a Grand Slam. I hope I'm still standing here at the end of this week." 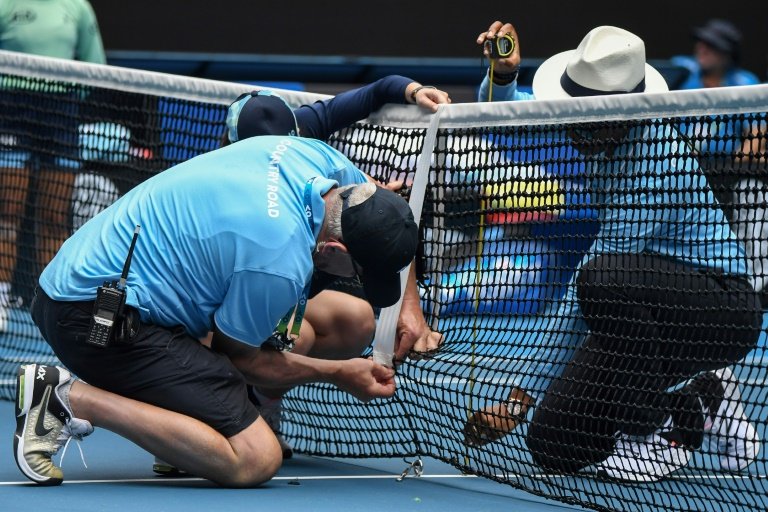 Osaka has spoken openly about her struggles with negative headlines and the weight of expectation, but was in relaxed mood throughout.

It was partly because her Haitian father Leonard Francois, who was her coach for back-to-back titles in the autumn in Japan and China, was in her player's box for the first time at a Grand Slam.

"Before when he used to sit in my box I would just look at him and complain a lot," the former number one Osaka told a press conference, calling her father "superstitious".

"But I have matured over the past three or four years he hasn't sat in my box.

"He was my coach during Tokyo and Beijing and was sitting in my box the entire time.

"He has a good winning streak by sitting in my box."

The first Grand Slam of the year went ahead as scheduled on Monday after air pollution eased in Melbourne -- although that gave way to rain.