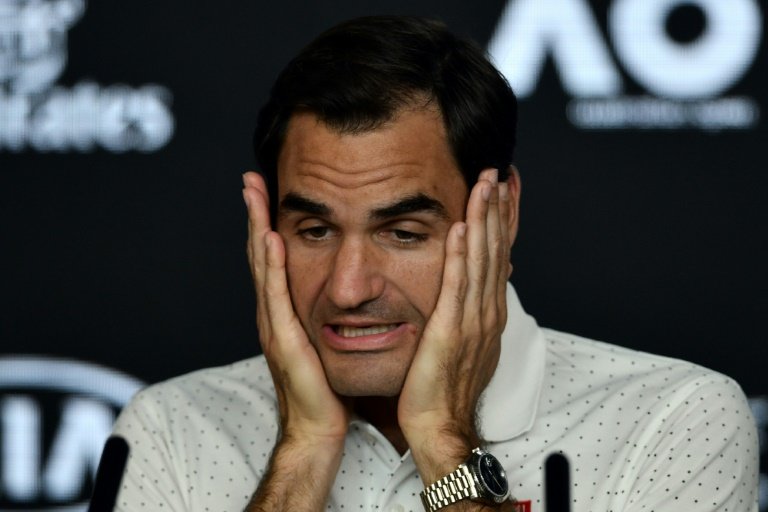 Roger Federer might have won 20 Grand Slams and six Australian Open titles but the Swiss great Saturday insisted he had "low expectations" at the first Major of the season.

The 38-year-old crowd favourite has yet to play a competitive match this year, opting out of the recent ATP Cup to spend more time with his family.

The team event in Brisbane, Perth and Sydney provided Novak Djokovic and Rafael Nadal with six high-intensity clashes heading into Melbourne Park, and Federer knows he has his back to the wall.

Seeded three, he has a tricky clash against 81st-ranked American Steve Johnson first up.

"Look, it's a tricky situation right now playing somebody who has just played a lot this week. He's ready to go. He's match-ready and I'm not," he added of Johnson.

"I got to really make sure I get out of the gates quick."

Despite his age Federer won four singles titles last year, but he failed to add another Grand Slam.

His closest call came in the Wimbledon final, where he lost a five-set epic to Djokovic, with his last success at Melbourne Park in 2018.

In contrast, his great rivals Djokovic and Nadal won two apiece last year, with the Spaniard moving within one Slam title of Federer's record 20.

The Swiss star said the off-season had gone well but he needed to get matches under his belt.

"I've had plenty of time to pace myself and do all the things I had to do to get ready. I hope it's enough," he said.

"I know it's a super-long road to victory. That's why I got to take it one match at a time. My expectations are quite low.

"I'm excited to play Steve," he added. "He's a good guy. With his old-school playing -- big forehand, slice backhand, good serve -- I think it's going to be a nice match for me."