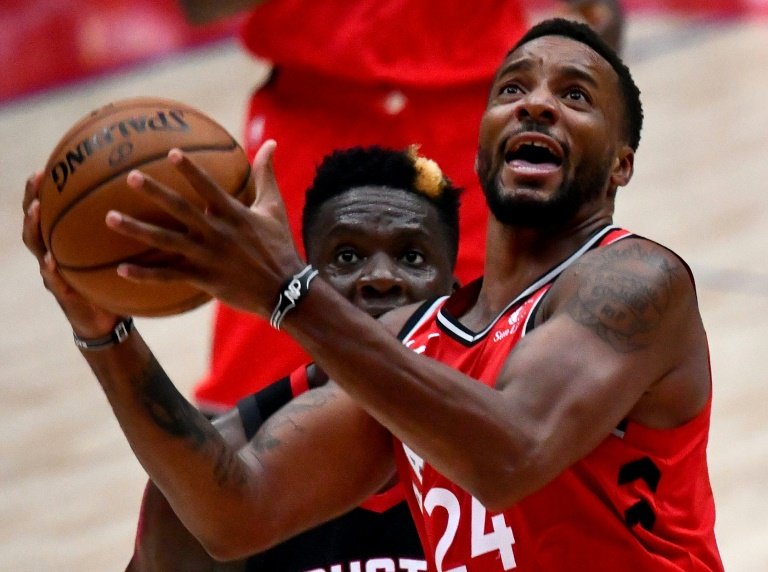 Norman Powell scored 28 points off the bench as the Toronto Raptors used a balanced offence to continue their domination over the Washington Wizards with a 140-111 rout on Friday.

Marc Gasol added 20 points to become one of seven players in double figures for the Raptors, who have won seven straight games over the Wizards.

The Raptors tied their franchise points total of 140 points which they earned in a double overtime two-point victory over the Wizards in January 2019. It is the most points they have ever scored in regulation time.

Toronto has been struggling to hold big leads of late, but they hope to have finally reversed that trend with Friday's season-high scoring total.

"We're trusting one another, we're moving the ball," Powell said. "We're letting the offence work for us."

The Raptors led 38-26 at the end of the first quarter and took a 24-point lead into the fourth quarter. They increased it to 30 points with 4:36 remaining and cruised from there to improve to 27-14 on the season.

"We didn't play well, we turned the ball over," Wizards coach Scott Brooks said. "We played against a championship team that was clicking on all cylinders."

Troy Brown had 22 points for the Wizards, who have lost three straight. Isaac Bonga added 17 points and 10 rebounds.

Bradley Beal had 14 points, Ish Smith and Davis Bertans each had 12 and Anzejs Pasecniks 11 in the loss.

Elsewhere, Malcolm Brogdon drained a clutch basket with 18 seconds remaining as the Indiana Pacers spoiled the return of Karl-Anthony Towns with a tightly-contested 116-114 victory over the Minnesota Timberwolves.

Brogdon hit a tiebreaking 15 footer, and T.J. Warren scored 28 points for the Pacers in front of a crowd of 17,900 at Bankers Life Fieldhouse.

"I am just so happy basketball is here for me, because it was some great therapy for me today," he said.

Also, Furkan Korkmaz scored 24 points, including a career-best six three-pointers, to lift the host Philadelphia 76ers past the Chicago Bulls 100-89.

Ben Simmons added 20 points, 11 rebounds and seven assists as the Sixers improved to 20-2 at home.

Al Horford scored 20 points and Tobias Harris had 13 for the Sixers, who played without injured all-star centre Joel Embiid for the 12th time this season.

In Dallas, Luka Doncic delivered a career-best eight three-pointers and recorded 35 points to power the Dallas Mavericks to a 120-112 victory over the Portland Trail Blazers.