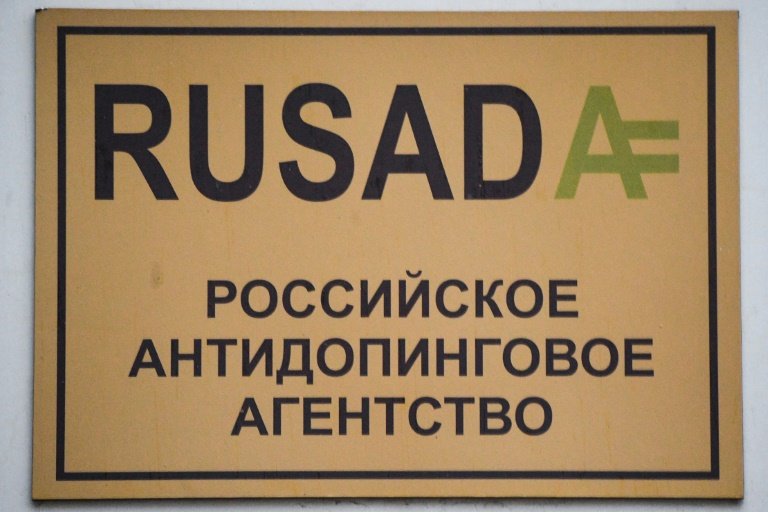 A sign with the logo of the Russian anti-doping agency (RUSADA) is seen on a building housing its offices in Moscow. The World Anti-Doping Agency said Thursday it has taken its case against RUSADA, including a ban on Russian athletes at this year's Tokyo Olympics, to CAS / © AFP/File

The World Anti-Doping Agency (WADA) confirmed Thursday it has sent its case for the exclusion of Russia from international sporting competitions to the Court of Arbitration for Sport (CAS).

CAS, the world's highest sport court, must decide whether to confirm the four-year ban WADA imposed on Russia last month or consider Russia's case against the epic sanction.

The announcement came exactly one month after WADA decided to impose a four-year ban on Russia over what it considers a state-sponsored doping scheme -- prohibiting Russia from participating in such events as this year's Tokyo Olympics, the 2022 Beijing Winter Olympics and the 2022 football World Cup.

WADA says Russia "manipulated" data from an anti-doping laboratory in Moscow in the latest move in a long-running scandal that began with the 2015 revelation of long-term institutional doping involving senior Russian officials, secret agents and trafficked urine vials.

Under the sanctions, Russians would be allowed to compete at the Tokyo Olympics only if they can demonstrate they were not part of the doping network -- the same situation they faced at the 2018 Pyeongchang Winter Olympics, where Russia's men captured ice hockey gold.

Russia's Anti-Doping Agency (RUSADA) disputed the WADA executive committee ban on December 27, setting the stage for WADA to send the case to CAS.

WADA said its filing to CAS included naming RUSADA as respondent and a brief facts statement of the case. When an arbitration panel is nominated regarding the matter and issues timelines in the matter, WADA will file a full brief with CAS.

Russian athletes have pressured their nation's athletics governing body over its handling of the doping scandal.

Three-time high jump world champion Mariya Lasitskene was among the Russian track and field figures urging compatriots to challenge sporting authorities, warning she would quit Russia and train elsewhere so as not to miss the Tokyo Olympics after having missed the 2016 Rio Olympics due to the scandal.

The International Olympic Committee (IOC) executive board discussed the Russia situation during a meeting Wednesday in Lausanne.

"Obviously we are waiting for a (CAS) decision before we start to look at those details," IOC spokesman Mark Adams told AFP.