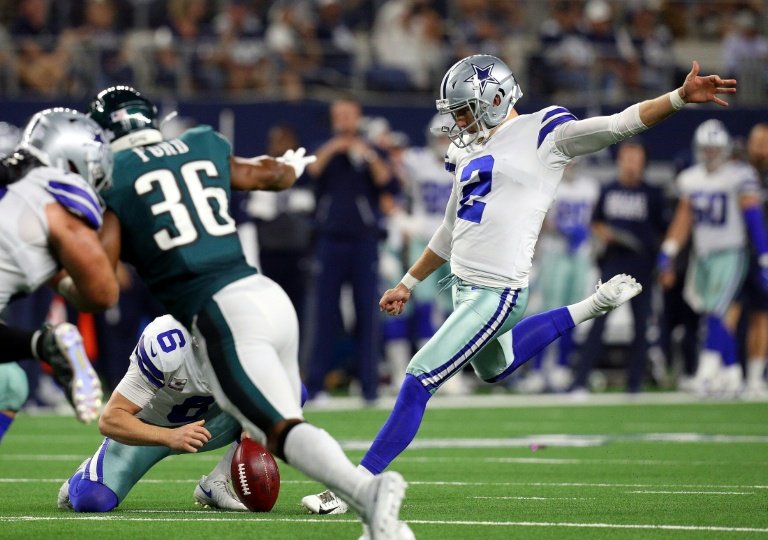 The Dallas Cowboys axed Brett Maher on Monday, the struggling kicker paying the price for a disappointing season which has seen him miss 10 out of 30 field goal attempts.

Maher, 30, who rejoined the Cowboys for a second stint in 2018, has been replaced by journeyman kicker Kai Forbath, the team announced.

Maher's future with the Cowboys had come under intense scrutiny after a catalogue of missed kicks, including four in the past three weeks.

Maher missed two field goal events in an embarrassing Thanksgiving defeat to the Buffalo Bills and then squandered another shot at goal in last Thursday's lacklustre defeat to Chicago.

However the kicker's position became untenable after the defeat to Chicago, which left the Cowboys on 6-7 at the top of the NFC East and battling to make the playoffs.