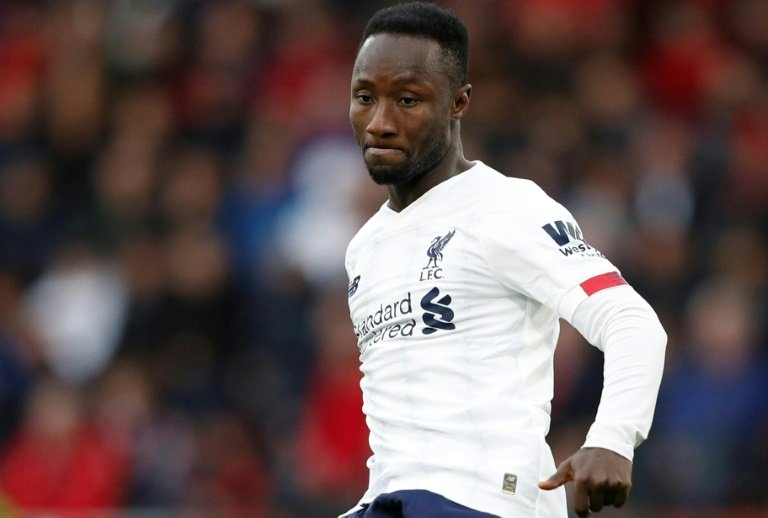 Liverpool boss Jurgen Klopp says he has never doubted the quality of midfielder Naby Keita despite the Guinea international's limited impact since his arrival at Anfield last year.

Keita has been confined to a bit-part role since his £52.75 million ($69 million) move from RB Leipzig in July 2018 and before Saturday had played just 14 minutes of Premier League football this season.

But the 24-year-old, whose Anfield career has been disrupted by injuries, gave a reminder of his ability with a goal and an assist on his first top-flight start of the campaign in Saturday's 3-0 win at Bournemouth.

Klopp, who has reassured Keita about his lack of first-team opportunities, admits the relentless form of his league leaders and a series of tight matches have made it difficult to give him minutes.

"Naby had injuries, the team is in really good shape, so then do you change?," said Klopp.

"We are not flying, it's not like we won all of the games 4-0, or 5-0, so we had to bring on a player who helps us with defending set-pieces.

"Then Naby is sitting outside thinking, 'why don't I play?' I get all that. So we stayed in contact, we talked and we spoke a lot about it."

"It was just unlucky and in life you need luck always," he said. "He started (his Liverpool career) really well -- everybody forgot that -- then got injured. And again we had two really good seasons."

Liverpool last lost a league game in early January but despite an eight-point lead over second-placed Leicester, Klopp is not getting carried away.

"I don't know if it's so special because we don't think about it," he said of the unbeaten run.

"We get confronted with our winning streak always after the game, that's the only moment. From that moment on, nobody thinks about it."

Klopp believes resting and rotating his players will be key to successfully negotiating a hectic December schedule, during which they are competing in multiple competitions.

"It was wonderful -- maybe the best thing of the (Bournemouth) game -- we didn't have to use Sadio Mane," said the German boss, whose team must avoid defeat against Salzburg on Tuesday to guarantee reaching the Champions League knockout stages."