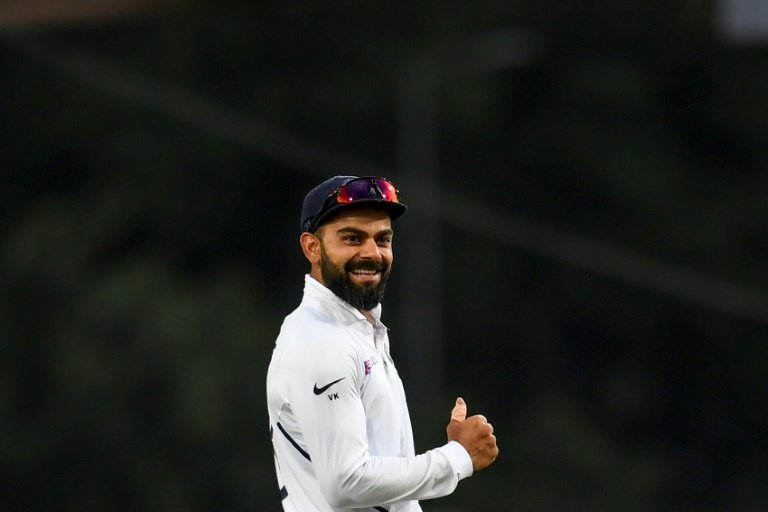 Indian skipper Virat Kohli is being rested for the Twenty20 series against Bangladesh, but will return for their Test matches / © AFP/File

India have left out captain Virat Kohli from the squad named for three Twenty20 internationals against Bangladesh starting next month, but he will return for two Tests between the South Asian neighbours.

Senior batsman Rohit Sharma will captain the Twenty20 team in the limited-overs series due to begin on November 3 in Delhi.

Uncapped allrounder Shivam Dube has been drafted into the squad in place of injured Hardik Pandya, while Sanju Samson and leg-spinner Yuzvendra Chahal have been recalled.

Bangladesh had threatened to call off the tour over a domestic pay dispute, but the national board and players resolved their differences late Wednesday.

Kohli, described as the "most important man" in Indian cricket by new board president Sourav Ganguly on Wednesday, will captain the side in the Test series starting November 14 in Indore.

The Test squad is essentially the same that swept South Africa 3-0 in a series that ended this week. That gave India a world record 11th straight home Test series triumph.