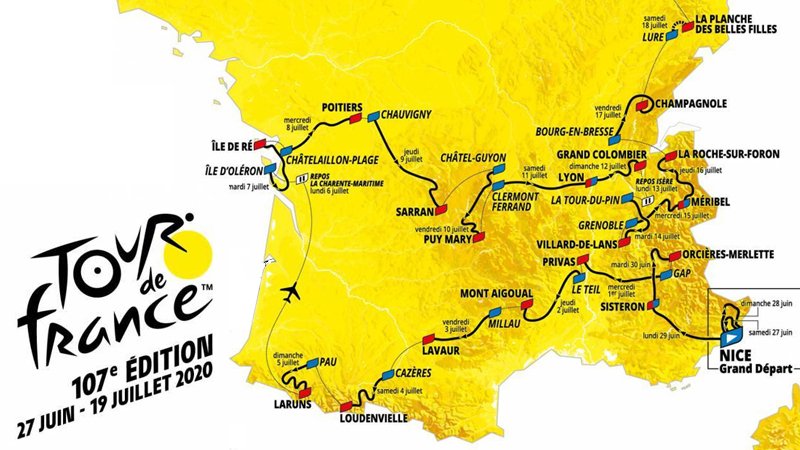 Details surrounding the 2020 Tour de France were presented at a press conference on Tuesday. The 107th edition of the Tour de France has its big departure day in Nice on June 27th 2020.

The tour has crossed the French coastal town 36 times to date, the last being in 2013. The final stage of the race will finish on the famous Parisian Champs-Élysées on July 19th.

Spectators are looking forward to what may be one of the most exciting tours to date. With the Mont Aigoual, the Puy Mary, Le Grand Colombier and the Col de la Loze, four new mountain stages have been added to the schedule.

The race includes 29 climbs in total, six mountain finishes, gravel roads and 36 kilometres of time trialing, thus no team time trial. Furthermore, the tour starts a week early to enable cyclists to attend the Olympic Games in Tokyo one week after the final stage in Paris. 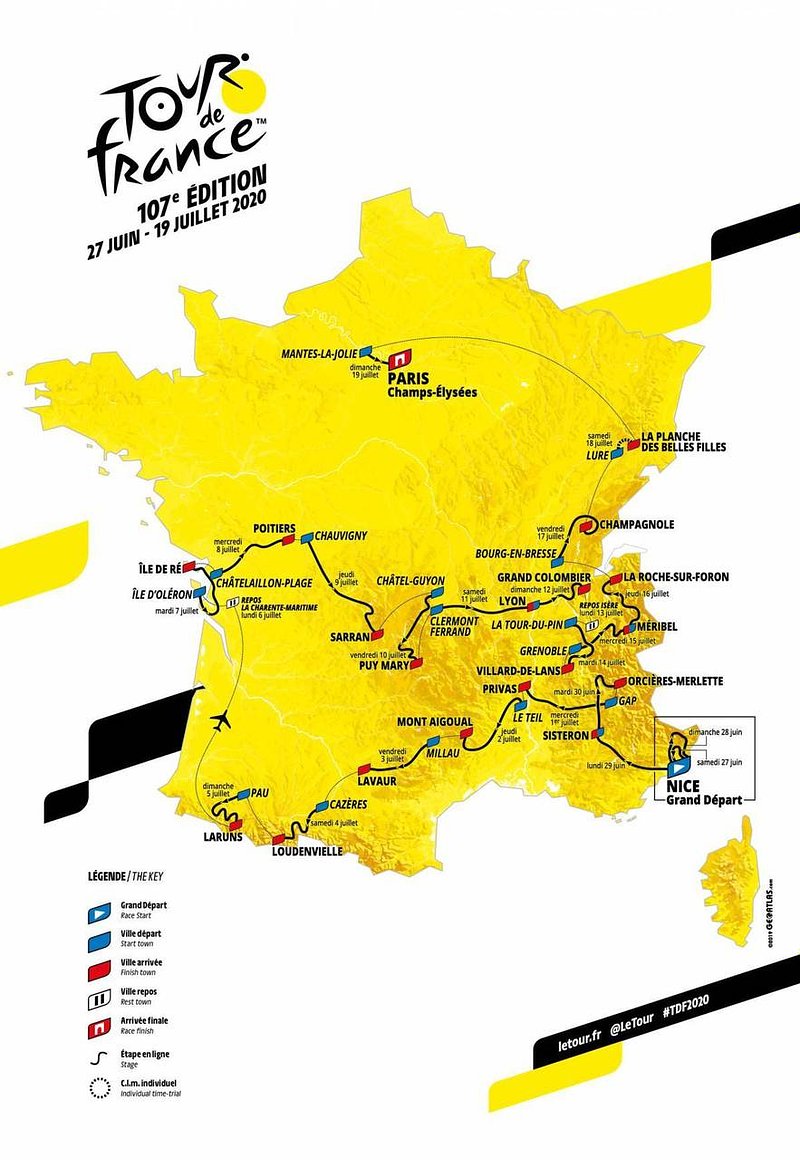